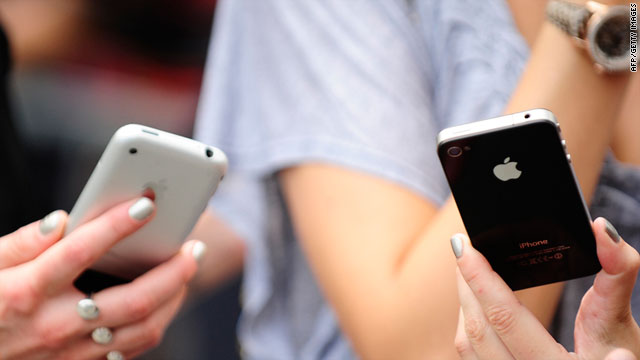 (Ars Technica) -- Misdemeanor charges have been filed against the two men responsible for shopping around a lost iPhone 4 prototype to various websites before the iPhone 4 was officially unveiled, though no one from Gizmodo -- the site that eventually bought the prototype -- will be charged.

The San Mateo County, California District Attorney's Office announced Wednesday its decision on who to charge, noting in its brief press release that 22-year-old Brian Hogan -- the one who allegedly found the device in a Silicon Valley bar -- and his 28-year-old friend Sage Wallower had both been charged with misappropriation of lost property. (Wallower was also charged with possession of stolen property.)

"After consideration of the evidence, it was determined that no charges would be filed against employees of Gizmodo," the DA wrote in its statement.

Gizmodo dropped a bomb on the Apple-watching tech world in the spring of 2010 when the site revealed that it came into possession of an iPhone prototype allegedly lost in a bar in Redwood City, California.

You likely remember how the story went: a person who was later identified as Brian Hogan said an Apple engineer was using the phone and then accidentally left it at the bar; Hogan ended up taking the phone home and showing it to his friend, Wallower, who then supposedly suggested the two sell the rights to the photos -- and eventually sell the device itself -- to various tech sites.

The device and its photos were shopped around to a number of different publications, Ars Technica included, but Gizmodo ended up purchasing the prototype for its own exclusive coverage ahead of Apple's announcement of the iPhone 4 in June.

Gizmodo eventually gave the iPhone prototype back to Apple, but only after an e-mail back-and-forth with Steve Jobs and a letter from Apple legal demanding that it be returned. That's about when the controversy erupted: Gizmodo editor Jason Chen's apartment was raided and debate exploded online over who, if anyone, should be charged for passing around Apple's leaked property.

That brings us to Wednesday. The San Mateo County DA feels that Gizmodo didn't act illegally in the scandal but that Hogan and Wallower did. Gawker media, Gizmodo's parent company, was unsurprisingly happy with the decision.

"We are pleased that the District Attorney of San Mateo County, Steven Wagstaffe, has decided, upon review of all of the evidence, that no crime was committed by the Gizmodo team in relation to its reporting on the iPhone 4 prototype last year," Gawker said in a statement.

"While we have always believed that we were acting fully within the law, it has inevitably been stressful for the editor concerned, Jason Chen, and we are glad that we can finally put this matter behind us."