Why the Google-Moto deal may not result in better phones 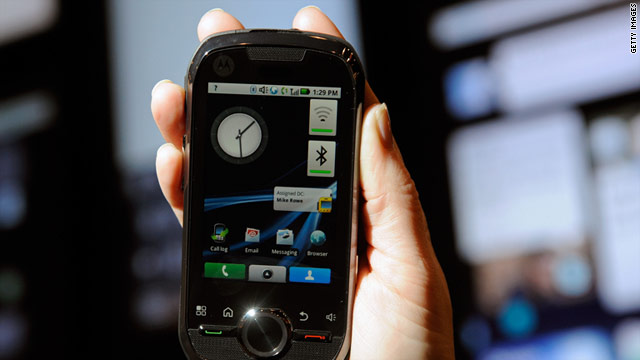 (CNN) -- There was a frenzy of tech news across the Internet on Monday morning about Google's acquisition of Motorola's mobile phone division.

Missing from the flurry of opinions, however, is this:

The $12.5 billion deal, while significant, may not result in better mobile phones on Google's Android operating system.

Consequently, there's not much reason yet for consumers to care.

Sure, Google, in a blog post announcing this deal, says that owning Motorola Mobility will help bolster the Android platform. But the search-engine-turned-tech-juggernaut does so in only the vaguest of terms:

"Together, we will create amazing user experiences that supercharge the entire Android ecosystem for the benefit of consumers, partners and developers everywhere," Google CEO Larry Page writes in the blog post.

Analysts, however, are highlighting the subtext of this move:

Google is getting bombarded with patent attacks from Apple and Microsoft and therefore, as a defensive move, needed to acquire Motorola's tens of thousands of patents.

That's fascinating for businesspeople. But it doesn't mean much, necessarily, for the phone offerings that Google and Motorola will put out together.

"The core reason for the acquisition is to acquire patents around mobile devices to protect Android from the myriad lawsuits that have embroiled it over the past year including suits from Oracle, Microsoft, and Apple," Piper Jaffray analyst Gene Munster told the Wall Street Journal, which has a nice wrap-up of what tech analysts are saying about this deal.

Motorola is just one of several handset manufacturers -- along with Dell, HTC, LG, Samsung and others -- that make Android-powered phones.

But this deal could actually drive them away from Android, which is seen as one of the most innovative smartphone platforms.

Other mobile-phone manufacturers -- already pretty scared of Google's moves into the smartphone-making biz -- could actually use this deal as a reason to move away from Android and to the Windows mobile platform, writes Ina Fried at the All Things Digital blog.

Jonny Evans from Computerworld uses this news as reason to argue that Apple, with its user-friendly iPhone, will become even more dominant in the smartphone world. Again, that's because other handset manufacturers may not want to use Google's mobile operating system now that it owns Motorola.

"Look, I'm aware that Google says Motorola's Droid division will be a wholly-owned and independent subsidiary while the giant search engine company continues to bestow its patent litigation-peppered 'free and open' OS upon a willing and supplicant world, but I don't believe that promise will hold true forever. It makes no sense," he writes.

"Why? Because no one sane will spend $12.5 billion (the equivalent of the entire UK economic aid package to developing countries in 2008) on something if they don't intend making full use of it."

In essence, Evans doesn't believe Google will stay true to its promise to keep the Android OS open to developers and all mobile phone companies.

The company has vowed to keep Android open.

Either way, here's the bottom line: The Google deal is huge. It's new. It takes Google's mobile business to a different level.

But will it result in smartphones that have more features and are better for everyday consumers like you and me? Maybe it's best not to buy that argument until we see the results.