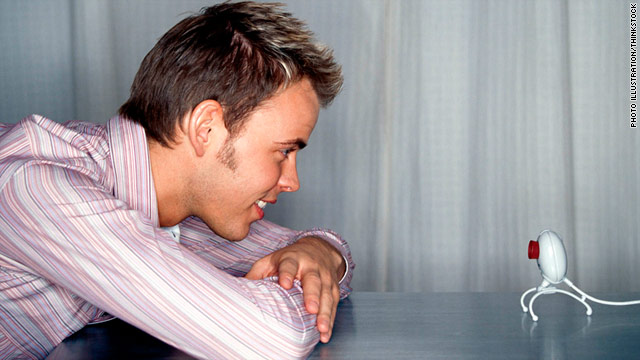 Got a love affair with yourself -- and your webcam? Use these examples to avoid (or not) going viral online.
STORY HIGHLIGHTS
RELATED TOPICS

Editor's note: Brenna Ehrlich and Andrea Bartz are the sarcastic brains behind humor blog and book Stuff Hipsters Hate. When they're not trolling Brooklyn for new material, Ehrlich works as news editor at Mashable.com, and Bartz holds the same position at Psychology Today.

(CNN) -- When trapped within the confines of a particularly dreary workday, a carefully chosen GIF, cat video or gallery of terrible My Little Pony tattoos can act as a ray of luminous sunshine, breaking through the dark cloud structure of your mood and touching your black heart with the playful soul of levity.

Thank the nondenominational higher power for the internet, right? Yeah, unless everyone's laughing at you.

So, this week, in honor of the growing legitimacy/lunacy of this particular internet culture, we're asking you to take a closer look at the FAILs, Rage guys and videos of dudes getting hit in the junk that you so admire.

Now tell us, what's at the root of many of those stimulating shareables? Fumbles, travesties, the hot, red-faced soul of human folly. In short: Most of these people are being laughed at.

Not to suck the delicious marrow from the bones of these meaty morsels and leave you with a dry, dusty skeleton, but inherent in these memes and vids is an instructional manual on how not to act online -- if you're looking to avoid public humiliation, that is.

So, next time your boss catches you surfing YouTube at work, just tell her you're trying to better yourself. We're sure she won't fire you for that.

Without further ado, here are seven online sins that will make you go viral with your friends:

Last week, a hilarious video titled "dotdotdot" featuring a gamer's enraged rant went viral -- after a voiceover actor and a designer brought the words to life, that is. Granted, the comment was likely penned by a 13-year-old, but a very important lesson can be gleaned from this vid: No one will take you seriously if you use nonwords like "beacuase."

Many a browser underlines spelling errors in bright, glaring red -- take heed, or everyone will (rightly) laugh at you.

Yes, it's great to have self-esteem! We know because our school nurse had copious posters proclaiming as much.

Still, tweeting incessantly about how you're a "rock star" or posting to Facebook Photobooth picture after Photobooth picture of yourself looking seductively into the webcam will, ironically, result in your friends feeling the inverse about you. Heed the lesson we learned from many a prideful teen lifecaster: Attempt to be beautiful on the inside, or be prepared to face the trolls.

Remember that "Leave Britney Alone" kid? Yeah, that's what you look like when you get into vitriolic fights in the comments section about how your Droid Incredible is so much better than the iPhone 4.

Before being allowed to compose a status update, one should be forced to read Failbook in its entirety. Especially people who are friends with their parents on Facebook.

The Sad Keanu meme (pictures of Keanu Reeves holding various objects like sandwiches and cupcakes, looking sad) went so incredibly viral in part because Reeves' alleged melancholia seemed so ridiculous: Who could possibly look so unhappy while holding a cupcake?

So, before you respond to an e-mail detailing exciting weekend plans with an Eeyore-esque comment about how you have a pounding headache and you're not sure you can have fun at a concert when animal testing is still going strong, think of Keanu, and the wise words he uttered in "Bill and Ted's Excellent Adventure": "Party on, dudes!"

It's pretty easy to use the web and various social media tools as an outlet for your overwhelming rage: "WHY IS THE SUBWAY SO CROWDED ON TUESDAY MORNINGS!!!!!!!!!! SOME CHICK'S HAIR WAS LODGED IN MY MOUTH THE WHOLE TIME! I HATE NYC!!!!!"

However, the question becomes -- in the wake of such a message -- does anyone really care about your (totally justified) ire?

Well, take a look at Rageguy -- a comic character that grew popular via 4chan -- who basically just screams "ffffuuu" when something goes awry. He may be funny on the internets, but we wouldn't want to hang with him in real life. 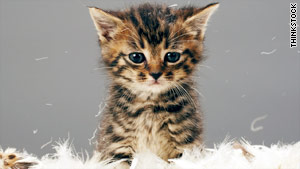 Wait, how did that get in there?

Awwww, we want to stare at it all day! (Claps hands!)

What were we saying again?