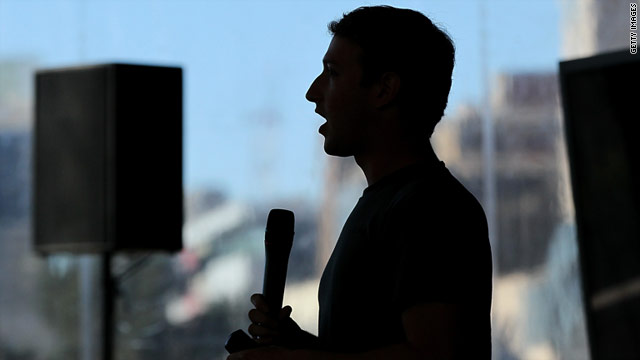 (Mashable) -- Mark Zuckerberg's Facebook fan page seems to have been hacked, with the hacker posting a message calling on the company to transform into a "social business".

The message, seemingly posted on Facebook from Mark Zuckerberg's account, was quickly removed (together with the fan page), but not quickly enough to go by unnoticed, receiving more than 1800 likes and hundreds of comments in the process.

The message read: "Let the hacking begin: If facebook needs money, instead of going to the banks, why doesn't Facebook let its users invest in Facebook in a social way? Why not transform Facebook into a 'social business' the way Nobel Prize winner Muhammad Yunus described it? [LINK] What do you think? #hackercup20113

Facebook made no statement about the incident, but if Zuckerberg's fan page was indeed hacked, it's a big deal.

We've reached out to Facebook about the incident and will update when we hear back.