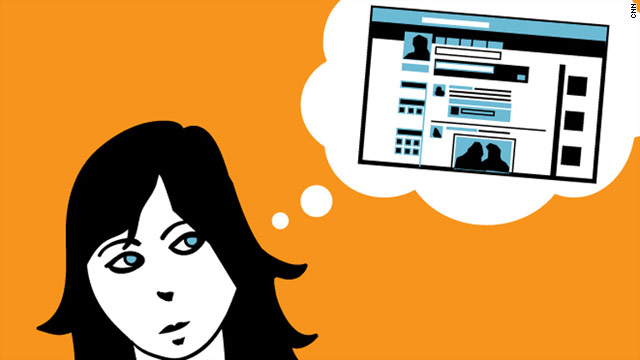 A new Facebook app lets users keep an eye on their friends' relationship statuses and find out immediately when they change.
STORY HIGHLIGHTS
RELATED TOPICS

Facebook Breakup Notifier, a new app for the site, is super simple -- and will probably be super popular.

"You like someone. They're in a relationship. Be the first to know when they're out of it," promises the app's website.

So, if that old high school flame suddenly becomes "single" or the receptionist you've pined for decides that her on-again, off-again relationship is now "complicated," you can swoop right in.

Created by developer Dan Loewenherz, the app, at least in concept, definitely has a stalkerish vibe. But among single-and-interested folks, who can deny that the social-networking mega-site is used to keep up with the romantic doings of others?

"Sure, it's a little creepy but I imagine that it will be hugely popular," wrote Martin Bryant for the tech blog TheNextWeb. "[A]nd hey, if you're worried about being stalked maybe you should be more careful about who you approve as a Facebook friend?"

Theoretically, the app could be used by friends who just want to keep up with the love lives of their buddies so they can be there with a pint of ice cream and a shoulder to cry on when things go sour.

As of last week, there could be more relationship statuses changing than usual. Facebook added "in a civil union" and "in a domestic partnership" to its list of options.