Beware, ninjas, of how you name yourself online 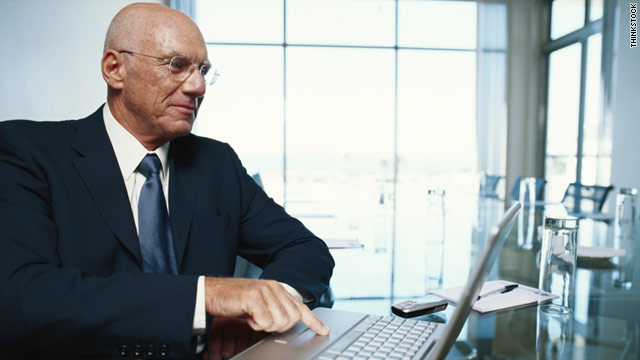 Calling yourself a "rock star" or something of that nature online could have a downside when reaching potential employers.
STORY HIGHLIGHTS
RELATED TOPICS

(CNN) -- Today we are issuing a cease and desist to all you gurus, ninjas and evangelists out there. And we don't mean the real ones.

As you fire up your laptops and fuse your various essential electronic devices to your very flesh so as to never miss a fiber of the www, you will be forced to define yourself; to look within your black soul and come up with a paltry handful of words that converge to denote "you."

Well, at this juncture, we humbly request that those words not be "rock star."

In recent years, we have noticed an outright epidemic of cliched, narcissistic and, let's be honest, straight-up embarrassing self-monikerization. In short: A ton of people have started calling themselves "visionaries" on their websites, LinkedIn profiles, Twitter profiles, etc. -- and it's more than a little annoying.

Nina Beckhardt, president and creative director of The Naming Group, blames this pompous proliferation on the fact that our identities are now more public than ever.

"Given that one's actual name (e.g., Joe Smith) doesn't communicate semantic meaning, that's what these types of titles are all about -- working to control that first impression," she says. Well, no one wants their first impression to be "tool."

Don't be a cliche

Does your title -- "Executive Engineer of Cross-Functional Branding," or whatever -- seem a little boring? Well, slapping "ninja" in front of it may seem like a quick fix -- if it weren't for the fact that there are tons of other people out there who had the same genius idea as you.

Last year, LinkedIn tabulated how many ninjas were sneaking around the job-finding site and found it to be an extremely trendy title. To quote "Fight Club" -- which is also cliched, sorry -- "You are not a beautiful or unique snowflake," you Java Script Ninja, you.

You are merely one of huddled masses of gray-suited commuters suffering from Kurosawa-induced delusions of grandeur.

If you do, in fact, feel impelled to flesh out your title with something descriptive, at least mull it over for a moment and come up with something original, like "Martini Whisperer," of which there is only one on LinkedIn.

Still, there is a downside to getting all Kandinsky with your title, like the Whisperer up there. We're guessing that the person in question is a bartender of some sort -- a fact that's not wholly explicit given the title of choice. Frankly, we just picture some sloshed dude conversing, sadly, with his olives.

According to Krista Canfield, spokeswoman for LinkedIn, calling yourself a rock star or something of that nature online could have a downside when it comes to reaching potential employers. "You always want to make sure that you're referencing words and phrases that people actually search for in order to make sure your profile appears in those results," she says.

"When you're crafting your profile, think of the words and phrases you want to be associated with," Canfield says.

Speaking of real rock stars, here's a relevant example of exacting nomenclature from the indie music world. This week, the band Yeasayer sent out an e-mail declaring that it had finally secured the Twitter handle @Yeasayer. Before, the band's handle had been @OddBlood, which was the title of its last album.

According to the band manager, Jason Foster, another user had been sitting on the @Yeasayer handle for a while, and the band finally managed to wrest it out of that person's (we hope not cold, dead) hands. "We did jump up like a thousand fans in one day," Foster says of the switch.

Why? Because the band is now more accurately representing itself -- it's easier to find.

So, yeah, unless you're toting a guitar case and cramming yourself into a sweaty tour bus every other month, we suggest leaving the term "rock star" out of your job title -- and even then, the whole "star" classification seems a little self-aggrandizing.

Which leads us to our next point ...

If you're calling yourself a "universe shifter," it pretty much signals to said cosmos that you are not, in fact, anything of the kind.

As Beckhardt says, "Certain titles, like 'Evangelist' and 'Visionary' are just taking it a little too far. If you truly are a visionary, it will most likely show through in other ways. If Ghandi had a LinkedIn profile, I doubt he'd call himself 'Pre-eminent Ideological Leader.' "

So when setting out to "find yourself" in the sucking quagmire that is the Web, we suggest getting more creative with the manner in which you define yourself.

Nix the slovenly shorthand and do the whole "show, don't tell" thing they teach you about in high school creative writing classes: Craft a homepage that shows your personality and demonstrates your skills (services like About.Me and Flavors.me make that idiot-proof), for example.

Unless, you know, you are a ninja. In which case, carry on.