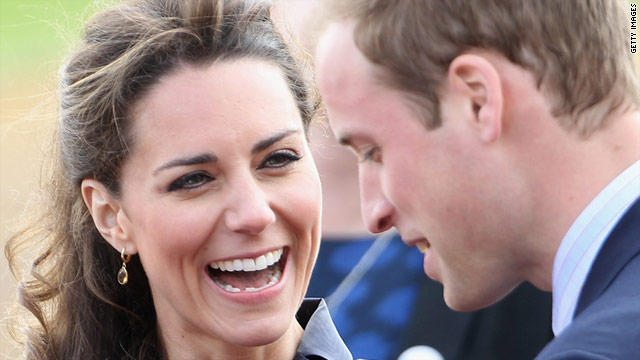 The Royal Wedding has made up more than 0.3% of all news coverage in the U.S. since the engagement was announced.
STORY HIGHLIGHTS
RELATED TOPICS

(Mashable) -- One hardly need look at the numbers to know that talk of the Royal Wedding is accelerating rapidly ahead of the April 29 event.

The numbers are nevertheless enlightening, especially in light of where and among whom conversations about the Royal Wedding are occurring.

News stories (as indexed by Bing) are up nearly sevenfold to 7 million per day since the beginning of the month. Blog posts have more than doubled from 46.7 million on April 5 to 102.9 million, according to data obtained from Trendrr.

According to Nielsen, the Royal Wedding has made up more than 0.3% of all news coverage in the U.S. since the engagement was announced.

Perhaps the most amusing is the rise in Royal Wedding-related eBay auctions, up from 7,435 in mid-February to more than 400,000 this week.

Just as with the U.S. media, more of the American public is talking about the Royal Wedding than their U.K. counterparts. 40% of Royal Wedding-related, English language tweets originate from the U.S., followed by the UK (31%), Canada (8%), Australia (6%), Indonesia (4%) and India (3%), Trendrr finds.

Interestingly, on a per capita basis, most tweets are originating from small American towns, such as New Haven, Connecticut; Lubbock, Texas; and Tulsa, Oklahoma, rather than big cities.

Overall, tweets about the Royal Wedding have quadrupled since the beginning of the month, averaging nearly 5,000 per hour over the last week and accelerating quickly in recent days.

Sentiment has been mixed; 46% of tweets are positive, 43% are neutral and 12% are negative.

A Trendrr spokesperson says that the data has been difficult to track because of the volume and range of topics related to the wedding.

The data doesn't include, for instance, mentions of Kate's ring, because tracking "#Kate" and "ring" would "spoil the data pools," he said, meaning that actual discussion related to the event is undoubtedly much greater.