Delicious founder on site's potential: 'The time has passed' 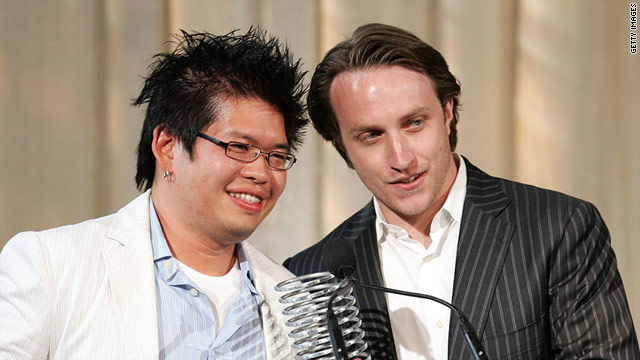 Mountain View, California (CNN) -- More than five years after the social bookmarking website was sold to Yahoo for a reported $15 million, Joshua Schachter's Delicious is suddenly in the news again.

Yahoo flipped the struggling property Wednesday to the pair who founded YouTube for an undisclosed sum. People immediately turned to Schachter for his take.

"I think the time [for Delicious] has passed, but maybe they'll do something cool with the name," Schachter told CNN in an interview from his new office here. "I use it somewhat, but I'm not a heavy user anymore."

The new owners, having formed a venture in San Mateo, California, called AVOS, are "currently heads down working hard" on their vision for Delicious, the company said in an e-mailed statement. Chad Hurley and Steve Chen, who shepherded the world's largest online video service to Google, have been vague about their plans for Delicious and declined an interview request.

"We're excited to work with this fantastic community and take Delicious to the next level," AVOS CEO Hurley said in a statement. "We see a tremendous opportunity to simplify the way users save and share content they discover anywhere on the Web."

Their goal for Delicious, as described in the news release, is in mitigating "information overload."

"We see this problem not just in the world of video, but also cutting across every information-intensive media type," Chen said in a statement.

In its current form, Delicious lets users publicly and privately save bookmarks. Organizing articles by tags was a somewhat revolutionary concept when the site, then stylized as Del.icio.us, was introduced in 2003.

"YouTube has tagging," Schachter said. "I think the vast majority of people don't understand what tagging is."

Schachter said that he knows Hurley through the tech conference circuit, but that he got no advance notice from him about the acquisition.

"Maybe they thought they were in competition," he said. Schachter and Yahoo had at least two informal discussions about him buying back the company over the last few years, but those talks never matured because his old employer was asking for too much money, he said.

An even tougher sell: Schachter says his heart wasn't in it this time.

Instead, Schachter and a small crew, which make up a group called Tasty Labs, are working on a service that bears little resemblance to Delicious. They recently outgrew an office in Palo Alto, California, and are growing fast enough to interview several potential employees each week.

Though the team has yet to find a name for their project, they describe it as a product that will help users ask friends for favors and advice. A line at the top reads "I need:," and users are asked to fill in the blank. For example, "... a lawyer," or "... to lose weight."

Others have launched crowd-source search engines with mixed results, but Schachter thinks his emphasis on needs and real-life acquaintances is a winning formula. He said it often produces better results than Google because "people who need help the most often don't know the right language."

As he demonstrated the product to CNN, Schachter was still tinkering with features and layouts, suggesting there may be a lengthy road ahead. "There should be an 'unthank' " to complement the "thank" button, he said.