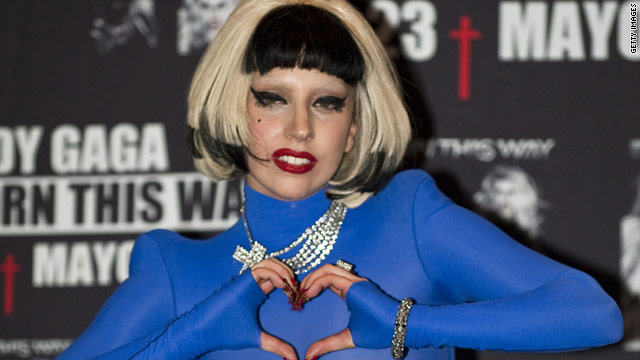 Playing the designated Lady Gaga word of the day will give players the chance to win concert tickets.
STORY HIGHLIGHTS
RELATED TOPICS

GagaVille, a uniquely designed neighboring farm to FarmVille, that sports unicorns and crystals, according to Zynga, launches May 17.

GagaVille visitors will get a first listen to unreleased songs from Gaga's album "Born This Way," available May 23. The full album also comes bundled as a free download when you buy a $25 Zynga game card at Best Buy.

The deal also includes a "Words With Gaga" contest in Zynga's mobile Words With Friends game.

Playing the designated Gaga word of the day -- which will be announced on Gaga's Facebook Page each day -- will give players the chance to win concert tickets and a signed copy of "Born This Way."

Zynga is also giving players limited edition Lady Gaga virtual items on RewardVille that can be used across Zynga games.

Such a deal had been predicted after Gaga and Zynga collaborated on an earthquake relief effort for Japan in March. Last month, The Wall Street Journal reported that Zynga and Gaga were in discussions about a tie-in effort.