HBO gets social with HBO Connect 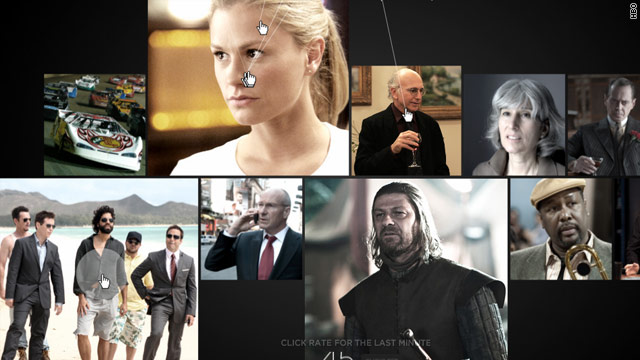 The HBO Connect homepage is the "Pulse" of the site.
STORY HIGHLIGHTS
RELATED TOPICS

The site is accessible now, but will launch more features in June as the summer season gets underway. Sabrina Caluori, the director of marketing and social media at HBO, gave Mashable Connect attendees a sneak-peek at HBO Connect earlier this month.

Along with the multi-platform HBO Go offering, HBO Connect helps flesh out the cable network's digital plans. HBO has dabbled with social initiatives and outreach campaigns in the past -- including promotions with checkin service GetGlue. But HBO Connect is the best showing from the network to date, in terms of aggregating content and social options for users all in one place.

The site is dedicated into five key sections:

The HBO Connect homepage is the "Pulse" of the site. This page acts as a real-time hub for what HBO-related content is being shared and clicked on across the web.

The Feeds section is a customized Twitter listing from various programs, allowing users to browse streams, filter based on keywords, trending topics or related services and filter through specific users lists.

Visualizers are interactive, dynamic visualizations of trending topics, keywords and hashtags. These topics can be moved around the screen. Users can hover over Twitter avatars to see their tweets on those topics.

For True Blood believers, HBO is doing a special microsite TBwithdrawal.com, which displays tweets with hashtags such as #tbwithdrawal and #waitingsucks in real-time.

The "Conversations" section has the potential to be the most interesting element of the site.

These conversations will allow fans to interact with the people who work on the HBO shows themselves -- both actors and creative talent -- in live Q&A sessions and live Twitter commentaries.

HBO already has a bunch of conversations planned for the summer, including chats with Wendell Pierce from Treme, Thomas Jane from Hung, Janina Gavankar from True Blood and writers Jane Espenson ("Game of Thrones") and documentarian Alexandra Pelosi.

What's most compelling about these live commentaries and Q&A sessions is that they will be timed alongside replays of popular programming and archived for re-watching.

In other words, users that want to catch up on a Twitter commentary with a costume designer or writer from their favorite show can do that alongside a rerun, instead of having to interrupt the flow of the show the first time it debuts.

At Mashable Connect, Sabrina Caluori explained that the inspiration for the Twitter commentaries came from Howard Stern. The self-proclaimed "king of all media" decided to live tweet a commentary of the movie, "Private Parts" as it aired on HBO one Saturday afternoon, a concept the folks at HBO thought was a great idea.

The "Connections" component of HBO Connect is a quick offering of the various ways users can interact and connect with various programs, movies and series on HBO. This includes fast links to blogs, Facebook and Twitter pages, GetGlue checkins, YouTube pages and more.

Plans for the future

Right now, HBO Connect is a desktop-only experience. Caluori told us that the goal was to launch the desktop version first, see what fans like, and then look at bringing the most popular and effective features to other platforms.

Still, we can't help but notice that the site -- built by RED Interactive Agency -- is perfectly aligned with the greater HBO.com and HBO Go brands. The colors, iconography and user experience is consistent across all the HBO properties, which makes us hopeful that this experience will come to the iPad and other platforms sooner rather than later.

It isn't clear at this point if HBO is going allow the HBO Connect experience to sit atop HBO Go or if the two sites will remain separate experiences. We would like the have the option -- at some point -- to use the two in the same frame. Now that most HBO subscribers have access to so much content through the web browser, being able to turn on the social layer at will could be a real defining feature.

HBO hopes that programs like HBO Connect will keep viewers engaged even when their favorite shows aren't on the air. We think it's a good start.

HBO Connect is still in beta and we expect the service and features to evolve and improve over time. Still, we have to say we're impressed with the hard work the network has put into the app. The social experience and network connections feel natural.

It's a nice way to approach social without potentially irritating your viewers -- viewers that in HBO's case, pay a monthly subscription fee for the service.