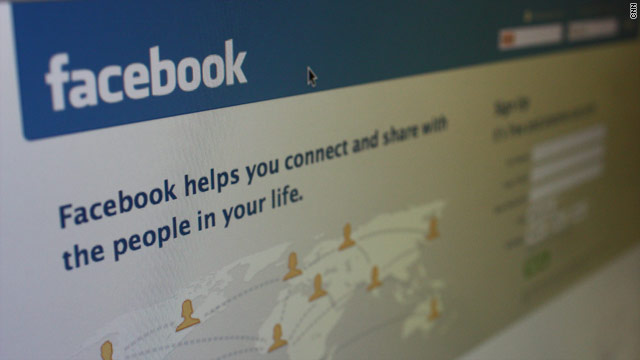 Evidence suggests a small but increasing number of users may be shunning the site.
STORY HIGHLIGHTS

Editor's note: Blake Snow is a freelance writer and media consultant. He lives along Utah's Wasatch Mountains with his family. Contact information and published works can be found on his website.

(CNN) -- There's no denying the cultural impact of Facebook. It has united almost 700 million people, including most of you reading this, becoming the greatest social introduction platform the world has ever seen.

But there are also some recent signs of "Facebook fatigue." There is only so much you can do to socialize online, especially after you've exhausted your friend list. Some people also complain they're spending so much time on Facebook that they're short-changing the rest of their lives.

Evidence suggests a small but increasing number of users -- at least in North America, where Facebook use is especially saturated -- may be shunning the site. The site lost more than 7 million active users in the United States and Canada last month, according to data from the blog Inside Facebook, although Facebook disputes those figures.

Others are consciously reducing the time they spend on the site.

"I figured out that I wouldn't look back as an old man and wish I had spent more time on Facebook," says David Cole, an IT manager from Boston. Cole said he believes the popular social-networking site is a useful tool, but not a replacement for what he calls "realbook" experiences.

"Instead of working on an essay, I would waste time browsing people's walls," says Kip Krieger, a college student from Virginia, who like Cole has consciously reduced how much time he spends on Facebook.

On top of that, Facebook has become predictable, Krieger says.

"It's really gotten to a point where I know pretty much what my friends are going to post. They usually just write the same thing over and over again, and I am getting sick of that."

"I don't need to see pics or hear updates about people's babies," he says. "I know what babies look like, and while you might think what Junior did was the cutest thing ever, I couldn't care less."

Others contacted for this story say constant status updates may inadvertently discourage more meaningful and sensory interactions that can only take place offline.

"My mom quit Facebook because she wanted us to call her on the phone and see her in person more," says a 29-year-old Provo, Utah, man who wishes to remain anonymous.

Obviously, there are a lot more satisfied customers of Facebook than disgruntled ones. You don't get to half a billion users by upsetting people. So are these outspoken Facebook shunners a tiny minority or part of a growing trend (or both)?

Facebook won't say how many users have deleted their accounts, so the trend is difficult to quantify. But if you type "d-e-l-e" into a Google search query, "delete Facebook" is the No. 1 predictive result, meaning it's a popular search among Google users.

Never mind the numerous pages of related articles on "how to" and "why you should delete" your Facebook account.

Facebook spokesman Barry Schnitt, however, maintains that any such withdrawal is minor and short-lived.

"More often than not, people who deactivate do so temporarily and come back after a break," he says, "like students pausing to focus on finals or people going camping and not wanting their profile to be untended for a weekend."

Entrepreneur Max Salzberg, on the other hand, says the exodus is real.

"Thinking that Facebook is forever is like thinking that AOL was the be-all-end-all of the Internet," he says. "Eventually, everyone will use something else."

Diaspora lets users sort friends into groups so updates and photos are shared only with certain people, not everyone on one's friend list. The idea is that mom, for example, will no longer be privy to the more intimate details of your life.

Still in its alpha, or by-invitation-only phase, Diaspora also has settings that are by default private.

"Since Diaspora is actually made up of a bunch of sites across the Web, it is about sharing in the way you want and letting that drive how you express yourself," he says. "Giant monolithic social networks don't make much sense."

Still, it's hard to ignore the social behemoth that Facebook has become, especially since more than half of all Americans now have an account.

"I do feel pressured to participate," says DeRosa. "People act like you are an alien when you tell them you aren't on it."

Toby Bushman, 27, of Southern California, felt so much pressure that she decided to rejoin Facebook, and is glad she did.

"Having that connection with others is a very powerful thing," she says. "It makes me feel like I'm a part of something bigger and more grand than just my life as a stay-at-home mother."

Even some of those who grumble about Facebook admit they'll never completely dump the site. "There are too many people I want to keep in contact with," says Krieger.

Facebook officials say their service is good for people.

"Facebook can be like broccoli," Schnitt says. "Everyone can benefit from it but not everyone will want to.

"But you won't know until you try," he adds. "Thus, we'd encourage you to sign up and share as little or as much as you want. If you have a good experience, we hope you'll stay. If not, come back and see us again, because we're constantly working to improve the service and delight people in ways that aren't possible offline."