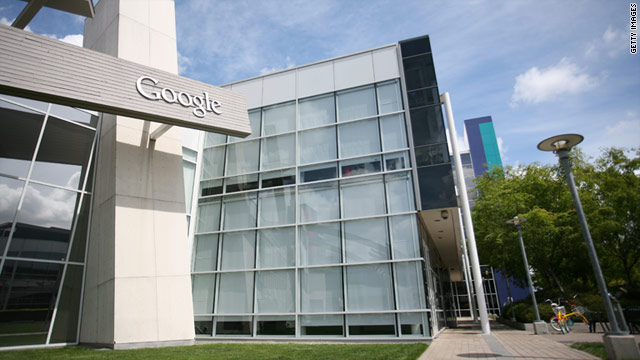 But as tech insiders take more time to explore Google's new online social network, called Google+, which is currently available only to people who are invited to the service, they're becoming more and more confused.

Kind of. Some bloggers have rushed to declare Google+ as Twitter's assassin; others say those claims are bunk; and still others say Google+ has made them rethink Twitter to the point that they say it never really was that valuable.

Is it Tumblr, the blogging platform?

Maybe. Kevin Rose, who founded the once-popular site Digg, is so enamored with Google+ that he essentially gave up his blog in favor of it.

Is it something new?

No one's really sure about that idea, either. Google+ is the Taco-Bell-meets-Pizza-Hut of social networking, throwing Twitter's "follower" mentality, Facebook's look, and Tumblr's digital-salon culture all onto one combo plate.

But the combo-plate approach to a Web product doesn't always work, and it doesn't explain Google's new features, including "friend circles" and video "hangouts," where users can talk in groups of 10 at once.

The reality is that Google+ may still be in the putty phase: It's likely to become whatever its users mold it into.

There's precedent for this theory in social media's (short) history.

When Facebook started, for example, there was no photo-sharing feature. Consequently, it was common for users to change their profile pictures daily, or even more often, as a way to share new photos with all of their online friends.

Mark Zuckerberg, Facebook's CEO, said he noticed this. So the company developed a feature that would let friends share -- and eventually tag -- photos on the site.

Similarly, Google+ seems to be in a near-constant state of flux based on the digerati's steady drumbeat of demands for change.

Vic Gundotra, a Google VP, essentially has turned his Google+ page into a hub for announcements about new features on the site and a place to say -- again and again -- thanks for your feedback, we're working on it.

Google engineers, meanwhile, are posting grainy webcam videos of themselves explaining new features and the company's logic for the changes.

On Tuesday, for example, the company addressed complaints that the system, unlike Facebook, required users to choose a gender -- male, female or other.

That's no longer a requirement.

In another, they asked for feedback from deaf users.

Google+'s video chat prioritizes the image of the user who is speaking the loudest. The company is interested in figuring out how this will work if people are communicating over video using sign language instead of talking.

"my grandfather, aunt, and uncle were/are all deaf. while i'm very much a novice, i find ASL to be a beautiful expressive language. i hope that hangouts can be awesome for the deaf & hh community as well as the hearing," Google's Chee Chew wrote on his Google+ page.

And the company says it's going to add an easier way for Google+ users to find their friends by importing an address book.

Meanwhile, the tech elite -- and everyday people who have gotten access to a coveted Google+ invite -- are producing countless guides to using Google+ "correctly." Here are a few of the more popular ones:

This guide is edited by Google+ users.

And here's another that was shared by the blog Buzzfeed.

We'll give the confusion some time to sort itself out.

In the meantime, if you've used Google+, please tell us what you think of it in the comments. What's it most useful for? Or is it useful?