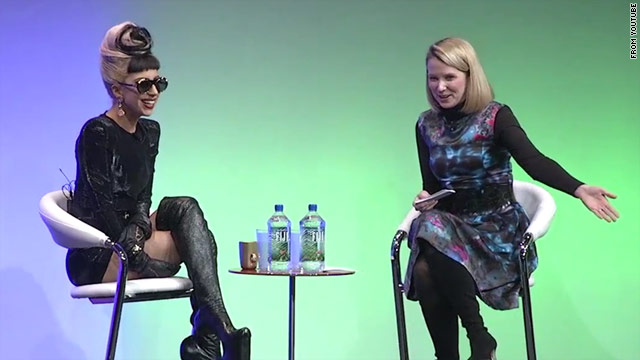 (CNN) -- Google would like its new social network to be well-known in Hollywood circles.

To that end, the Internet giant is drawing up a "celebrity acquisition plan" to help publicize Google+, its 3-week-old social network, according to Google e-mails reviewed by CNN.

As part of this initiative, Google is beginning to devise a system that would verify the identities of public figures who sign up for the service, said Brett Schulte, a Hollywood consultant and organizer of social-media gatherings called Tweet House.

The validation process would prevent people from impersonating celebrities and perhaps feature a button on legitimate profiles similar to Twitter's "verified" stamp, said Schulte, who said he discussed the project with Google employees.

A Google spokeswoman declined to comment. "We aren't yet sharing any details on future plans around Google+," she wrote in an e-mail. "We plan to add a lot of features and functionality to Google+ over time."

Google put out a call recently for applicants to join its "business profiles" test program, which will allow companies to create special Google+ accounts.

For profile verification, Google is still weighing how the method would work. One option the team considered would involve asking a celebrity to fax a copy of his or her driver's licenses to the company, Schulte said.

More likely, Google will arrange a list of the top talent agents and consultants who would be able to file requests directly, Schulte said. "They seemed to be very interested in having celebrities," he said.

In 2008, Google launched a trial program in the United States that allowed people to validate the identities tied to their Google Profiles. The system could check someone's name and phone number against telephone records and ask them to enter a PIN code upon receiving a call, or enter a credit-card number to be checked against a third-party database. In exchange, people would get a green "verified name" badge on their profiles.

Twitter previously allowed anyone to apply to have a "verified" tag applied to their profile pages. The company, which has more than 300 million people using its micro-blogging service, has closed that program to the public. "But we continue to verify partners, advertisers and accounts that regularly deal with identity confusion," a Twitter spokeswoman wrote in an e-mail.

Facebook does not have a front-facing system for promoting legitimate pages, although it does have a form for "authenticating" a page to receive customer service from the company. Facebook representatives also respond to reports from users about pages that are suspected to be fake.

Being "verified" on Twitter has become something of a status symbol. It's sought after among celebrities who take to the service. Schulte is one of a select group of insiders who help celebs, such as singer George Michael and CNN's Dr. Drew Pinsky, get into the verification program.

Michael "Psycho Mike" Catherwood, the radio personality who was the first eliminated on the recent season of "Dancing With the Stars," had his Twitter account verified a week ago with the help of Schulte.

Catherwood, like many celebrities, has little interest in joining Google+ but would consider doing so if Google offered him incentives such as validating or promoting his profile while eliminating imposters.

"For a living, I voice my opinion, and so I'm very guarded and very protective of my opinion," Catherwood said. "I don't want anyone to muddy up the waters with false opinions that seem to be."

Google+ is off to a promising start, especially with tech-savvy early adopters. It added 10 million members in less than three weeks, Google reported on its quarterly earnings call last week. It looks to be on a similar trajectory as Twitter was during the network's fledgling period, with a similar list of Internet notables among the most followed.

But Twitter reached a new stratosphere when it got the endorsements from athletes and luminaries, such as Ashton Kutcher and President Barack Obama.

Google appears to be looking to trace that blueprint to reach a wider audience with Google+. The company has managed to get big names, such as Lady Gaga and Tina Fey, to drop by its campus to speak for YouTube audiences, but the challenge will be getting each actively to maintain yet another online profile.

Complicating that task, Google+ got off to a less auspicious start with at least one celeb. Actor William Shatner said his account there was unexpectedly deactivated after greeting his fans and later reinstated.