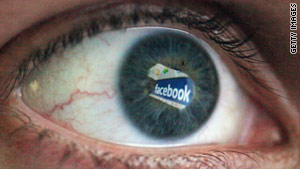 A government official in Germany has ordered websites to stop using Facebook's "like" button, saying they give away personal information.

Thilo Weichert, data protection commissioner in the German state of Schleswig-Holstein, issued a statement Friday saying analysis by his office showed that using the popular buttons transfers data to Facebook's servers in the United States.

That would violate German and European Union data-protection laws, he said.

"Whoever visits facebook.com or uses a plug-in must expect that he or she will be tracked by the company for two years," Weichert said in the statement. "Facebook builds a broad individual -- and for members even a personalized -- profile."

"We firmly reject any assertion that Facebook is not compliant with EU data-protection standards," said Facebook spokesman Andrew Noyes. "The Facebook 'like' button is such a popular feature because people have complete control over how their information is shared through it.

"For more than a year, the plug-in has brought value to many businesses and individuals every day."

He said Facebook will review materials produced by the agency "both on our own behalf and on the behalf of web users throughout Germany."

The "like" button was unveiled last spring at Facebook's F8 developers conference. Appearing on many websites (including CNN.com), the button allows users to quickly share links on Facebook without ever leaving the original site.

The Associated Press on Friday quoted an unnamed Facebook spokesman saying the company can see "information such as the IP address" of users who click a "like" button, but that such information is deleted within 90 days. The spokesman called that standard for the web industry.

Germany, with its strict online privacy policies, has found itself in repeated spats with Facebook and other Web giants in recent years.

The country demanded that Facebook users get more control over their e-mail address books in the site's "Friend Finder" tool. Germany also required Google to let people who want to opt out of its "Street View" tool to blur images of their homes.