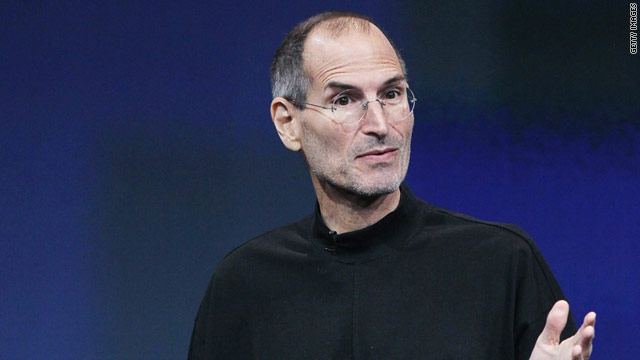 That's the pattern many tech companies follow in releasing information that may get them poor publicity or weaken their stock prices.

Apple issued a statement Monday saying CEO Steve Jobs is taking a medical leave of absence, but provided no time frame for his return. The announcement, which sent shockwaves through the tech and business worlds, came on Martin Luther King Jr.'s birthday, a national holiday when the stock market is closed.

Apple's stock won't be able to escape consequences for long. The news is expected to hurt Apple's valuation when Wall Street reopens on Tuesday. However, investors will have more time to mull over the potential ramifications instead of making snap-decision sales of Apple stock upon hearing the news.

This is not the first time Apple has issued bad news on or around a national holiday. Soon after the launch of the iPhone 4 last June, bloggers and news outlets chronicled a problem with the handset that caused it to lose cellular reception when held a certain way.

After more than a week of this, Apple acknowledged this so-called "death grip" in a statement on its website, along with its findings that the iPhone software had been incorrectly reporting signal strength. The unflattering news was announced July 2 -- the Friday before a long Fourth of July weekend.

The impact of Steve Jobs

2009: Jobs is back at Apple
RELATED TOPICS

In 2006, Apple faced a scandal relating to the backdating of company stock options. Apple released a statement, acknowledging lawsuits filed against the company, on the day after the Fourth of July.

Later that year, Apple announced it would shoulder an $84 million charge as a result of that controversy. That news came on December 29, the Friday before New Year's Eve.

Apple also has announced notable strings of unfavorable news on Fridays -- at the end of the weekly news cycle, when the media is presumably heading out for the weekend.

On a Friday in August, Apple released a statement saying the white iPhone 4 had proved to be a major challenge to manufacture and would not come until later that year. (That product has yet to hit the market.)

Apple announced it was entering into defensive litigation against Nokia on a Friday in December 2009. The year before that, Apple said on a Friday in September that a USB accessory it sold had a defect that could cause electric shock and offered to exchange the product. A 2005 Apple laptop battery recall was also announced on a Friday.

By contrast, Apple's good news tends to come when people are more likely to pay attention. The iPad was introduced on a Wednesday last January, while the iPhone 4 and iPhone 3GS were both unveiled on Mondays.

As for this Monday's statement from Jobs, Apple spokeswoman Katie Cotton declined to comment on the timing. "We have nothing to add," she said.

Apple's quarterly earnings conference call will take place on Tuesday, where the company is expected to shatter sales records. Because of that, releasing the news Monday may not be a smart strategy for Apple, said Adam Hanft, who runs a marketing and corporate strategy consulting firm.

"The bigger the sales numbers, the more it puts the spotlight on how important (Jobs) is," Hanft said. "I think they're kind of screwed either way."

News organizations, like most other companies, tend to have fewer people working on holidays. And readership online usually falls off on holidays and weekends, when people are away from computers and spending time with family or friends.

But this strategy may be outdated.

"I think it's sort of an old-school view of the media, which is not for the 24-7 news cycle that we have now," Hanft said. "With news like this, it's hard to make it go away."

Of course, Apple isn't the only company dropping bad news on Fridays.

Google published an apology along with the results of an internal investigation on a Friday last May, saying the company had inadvertently collected data from people's home Wi-Fi networks.

Hewlett-Packard announced the ouster of CEO Mark Hurd on a Friday last year. And during Microsoft's ill-fated courtship of Yahoo, at least four public company statements from both sides were made on a Saturday or Sunday in 2008.

"Politicians do it all the time -- try to bury the news," said Hanft, the marketing expert. "The weekend can serve to create two-day amnesia."