Groupon's ambitious plan to change how and when we eat 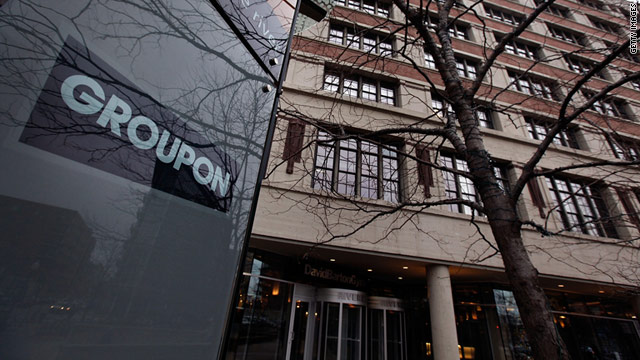 Groupon prepares for the launch of a new mobile app that they hope will change how society chooses to eat, shop and play.
STORY HIGHLIGHTS
RELATED TOPICS

(Mashable) -- Groupon is fervently preparing for its most ambitious venture yet: the launch of a new mobile application that the company hopes will change when and how society chooses to eat, shop and play.

The application, known as Groupon Now, is remarkably and elegantly simple, yet it's a radical departure from Groupon's current deal-a-day business model. When a user opens up the smartphone app, he or she will be presented with just two buttons: "I'm hungry" and "I'm bored."

Clicking either button will open up a list of time-specific daily deals, based on his or her location.

The familiar $10 coupons for $20 worth of food are still there, but they're not one-time offers. Instead, businesses can choose when they want these deals to be available.

Say a restaurant is incredibly busy on Saturdays but could use more business on Wednesdays. With Groupon Now, that business can fill its seats during slow business days using time-specific deals.

That's the beauty of Groupon Now: local businesses have never really had a simple way to manage their perishable inventory, especially labor and food. Why waste those resources during slow periods when you can bring savings-savvy consumers through the doors with a highly targeted Groupon deal?

"For merchants, the daily deal is like teeth whitening, and Groupon Now is like brushing your teeth. It can be an everyday thing to keep your business going," Groupon founder and CEO Andrew Mason told Bloomberg Businessweek in an extensive interview on the new product.

The daily deals company has been on a tear recently -- in fact it is the fastest growing company in history -- but it faces stiff competition from companies with increasing muscle.

Groupon is reportedly preparing for a $25 billion IPO just months after famously rejecting a $6 billion acquisition offer from Google, but its biggest competitor, LivingSocial, is preparing to raise half a billion dollars in funding.

Not only that, but the #2 daily deals service has an app similar to Groupon Now already on the market.

Groupon clearly believes Groupon Now is the future, so much so that its employees call the current iteration of its daily deals service "Groupon 1.0."

While the market has made it clear that the group-buying business model is easily replicable, the coupon giant believes that its new offering will provide it with a unique technology and value proposition that will keep it ahead of the pack. With 70+ million subscribers and growing, Groupon will also have a big head start.

It won't be long until we find out if Groupon Now is the future of local commerce; the mobile app launches in April.