The internet vs. the NYT paywall 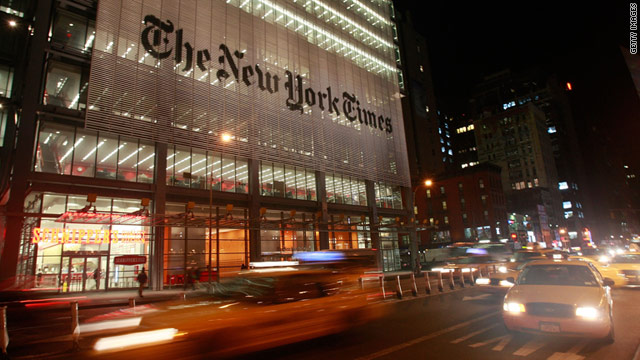 (CNN) -- The New York Times plans to add a paywall to its website on Monday in the United States. And the internet isn't too happy.

People who don't want to pay for the Times' content -- or who believe the internet is and forever should be an endless vat of free stuff -- already have created a few work-arounds that let people continue to read nytimes.com stories without paying for them.

The Times has taken note. According to a report in Forbes, the well-respected newspaper company asked Twitter to shut down the @FreeNYTimes Twitter feed, which had planned to post every New York Times story on its page so that people could access stories for free.

Because of an exemption in the Times' payment model, people who find New York Times stories through search engines or social media sites like Twitter don't have to pay to read the full version of the story.

A message on the @FreeNYTimes page now says: "Sorry, the profile you are trying to view has been suspended."

Other work-arounds include a bookmark link called NYTClean that, when clicked, claims to let readers bypass the Times' paywall.

The Times will continue to let anyone read up to 20 articles per month without paying. Beyond that, readers will need a digital subscription to access stories directly from nytimes.com. Subscription prices range from $15 to $35 per month. As noted above, you can get around this just by clicking on NYT links from Google or Facebook (if you find an article you like on the homepage you could just Google that headline and then follow the link).

But there's a limit to how far that back-door approach can take you. The Times is clearly aware of such tricks.

"For some search engines, users will have a daily limit of free links to Times articles," the company says in a letter outlining these payment plans.

This isn't the internet's first paywall show-down. Payment models from The Wall Street Journal and Pandora were met with similar digital groans.