With +1, Google really, really wants to be your friend 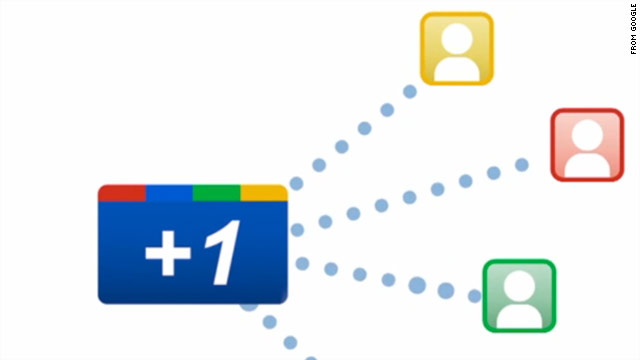 Google introduced a "+1" button into its search engine, which lets users see links their friends like.
STORY HIGHLIGHTS
RELATED TOPICS

(CNN) -- Google is pretty good with robots. Not so much with people.

After making its name using computers and equations to organize information online, Google this week announced yet another attempt to cross into an area that's dominated by Facebook: online friendship.

The company's new effort at social search, called "+1," is Google's answer to the Facebook "Like" button (which, for those keeping score, debuted about a year ago).

Google's other attempts at social networking -- Buzz, Wave, orkut -- have been largely written off as failures in the tech world.

The company has a reputation for being far better with machine learning and algorithms than with leveraging friendships and social networks. Google provides information based on what's statistically relevant. By contrast, Facebook surfaces info that people's friends have handpicked or recommended as interesting.

While Facebook seems fine with existing only on the people side of this human-computer battle, Google is trying to have the best of both worlds, said Danny Sullivan, a blogger at SearchEngineLand and a leading expert on Google.

"It's a killer combination if you put them both together, and it think that's where Google's big challenge will be in all of this," Sullivan said. "They don't still seem to get the whole social aspect of things. They don't have any expertise in building these hugely successful social products. Facebook does."

Google is going it alone, although the company does pull posts from Twitter friends into its system.

The +1 feature, however, could be Google's shot at social redemption.

Sullivan, for example, thinks it's a smart move and could unify Google's attempts at integrating personal recommendations into its computery search results.

He's called it a "social layer" on top of Google's computer search.

Part of the problem may rest with the idea of "Google friends."

Ask a random person on the street who their Facebook friends are, and they'll probably have a decent idea. They've approved each of these people as a member of an online social network that's built on sharing information.

Google Friends -- or the "social circle," as this group is sometimes called -- come from a strange "amalgam" of online networks, including Gmail contacts, Google Talk and people who are connected to your Google Profile through services such as Twitter. The result is confusing, writes Ian Paul at PCWorld.

"The problem is it's not as obvious who the people in your Social Circle are compared to Facebook or Twitter where your connections are always at hand in an easy-to-find list," he writes on that site.

Another issue: People don't rely much on their "Google Profiles."

When you sign up for the new +1 feature, Google asks you to fill out a Google-specific profile page, which asks a lot of the same questions Facebook does, including your relationship status ("seeing anyone?"), occupation and "bragging rights." The sites that you've +1ed (Google is trying to make it a verb) show up on this profile page, which is public by default. This ends up looking something like a cross between a bookmark site and a stripped-down "news feed."

It's not as useful as Facebook, said Sullivan, who added that there's little payoff right now for people who take the time to click the +1 button.

"Google +1 is not about conversation or, really, interaction with other people," writes PCMag's Lance Ulanoff, in a largely positive review. "It's about finding good stuff. By itself, it's not a social network and barely a social tool."

He adds: "There is nothing wrong with this small and relatively cautious step by Google. +1 is just another piece of a much bigger social and content-curation puzzle. However to truly compete with Facebook, Google will have to transform Google Profile pages into a destination that brings together all its tools ..."

Then there's the superficial stuff.

Google's +1 language can be a little wonky. Picture "Saturday Night Live's" version of Miley Cyrus reading this line, which is taken from Google's announcement:

Sullivan, from SearchEngineLand, said it's not like the people who work at Google are inept at communication while Facebookers are all budding socialites. They're all geeks, he said. Both have an engineering culture.

But their products have evolved down different paths.