The 10 most innovative Web companies 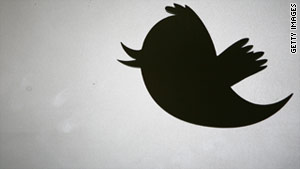 Twitter is one of the 10 most innovative Web companies, according to Fast Company.
STORY HIGHLIGHTS
RELATED TOPICS

For ballooning into a global phenomenon that, finally, has a business model. In 2009, Twitter boasted some 20 million users. Today? More than 200 million.

During that period of hockey stick-like growth, Twitter unveiled a sleek redesigned interface, played an integral role in recent revolutions in the Middle East, and introduced Promoted Tweets and Trends, a stream of tweet-size ads that reportedly cost major companies at least $100,000 to purchase.

For launching the most radical upgrade to search in years with Google Instant--and still boasting a 98 percent adoption rate. With some 2 million searches per second and 3 billion per day, Google can't alter a pixel in its logo without the world knowing.

Yet that didn't stop the Internet giant from unveiling Google Instant, a results-as-you-type search engine that has helped users save an average of 4 to 5 seconds on each query.

For turning what most social media companies can't: a ($400 million) profit. In January, social gaming company Zynga introduced CityVille, the follow-up to their blockbuster (not to mention addictive) FarmVille game. A little over a month later, CityVille already boasted more than 100 million users, making it the most popular app on Facebook.

No wonder Zynga, which was recently valued at $7 billion to $9 billion, is worth more than Electronic Arts.

For boldly cannibalizing its own DVD-by-mail business. To defend against growing competition from Hulu and Amazon (Blockbuster, who?), Netflix launched streaming-only services in the U.S. and Canada -- both of which became instant hits.

So in recent earnings reports, Netflix CEO Reed Hastings hasn't highlighted the company's monstrous $2.2 billion 2010 revenues (up 29 percent year-over-year), or the huge uptick in members to some 20 million subscribers (more than Stars and Showtime). Rather, he brought out the most astounding figure of all: nearly 70 percent of subscribers now stream content online, up from 41 percent last year.

For fending off copycats, goosing growth, and making check-ins a must-use marketing tool for major brands. Astronaut Douglas Wheelock earned the NASA Explorer Badge when he checked in while orbiting the Earth -- a story that reflect Foursquare's meteoric rise. The company now boasts 7.5 million users, well more than double its total in September 2010.

Most significantly, the company has steamed ahead in the face of growing competition -- from Gowalla, Google Latitude, Loopt, and especially Facebook Places. It launched a brand new version of the service in March, unveiled an innovative merchant platform that has brands reeling, and boasted some half-billion check-ins in the last year alone.

For turning stray thoughts into big business. The New York-based Twitter-that's-not-limited-to-140-characters micro-blogging service is drawing around 30,000 new members each day -- and more impressively, around 4 billion page views per month. In November, it scored between $25 million and $30 million from investors, bringing its total past $40 million.

For developing a revolutionary way to monitor and measure Twitter chatter. Crimson Hexagon began at Harvard's Institute for Quantitative Social Science but has flourished into the prime analytics tool for HP, Microsoft, and CNN, which use the tech to gauge public perception.

The company uses a "statistical human-assisted approach" to monitor the Web, tracking and learning the specifics of what people are saying in social media in real-time -- beyond the positive-or-negative analysis of keyword and semantic searches -- and with as much as 97 percent accuracy.

For creating the CNBC of the digital age. On this site, live streams are pulled from Facebook and Twitter; recently acquired service Abnormal Returns culls the best financial news stories from the Internet; weekly Webinars and video market recaps are offered; and StockTwits.tv features original programming around the clock. In other words, StockTwits has become an indispensible real-time financial tool for the social media age -- not to mention that it boasts more than 300,000 monthly unique hits.

For reinvigorating search market competition with Bing, the only formidable Google challenger left. Thanks to strategic partnerships with Kayak, Yahoo, Twitter, and Facebook, Bing has begun nipping away at Google's market share--and kept its Mountain View-based foe from becoming a monopoly. Earlier this month, Bing became the second most-popular search engine worldwide.

For harnessing the power of social media to keep Conan relevant long after he was yanked off the air. Even after his unfortunate departure from NBC, Conan O'Brien kept his brand red-hot (er, orange-hot?) thanks to a squad of 8 full-time Team Coco Digital staffers running his social media like pros.

Cases in point: the millions of views on YouTube, hundreds of thousands of fans on Facebook, and millions of followers on Twitter. To hype his TBS show's November debut, Conan's team also started a 24-hour live webcast of the production, built fan pages on Flickr and Tumblr -- and launched a bright orange Conan blimp, which spotters could check into on Foursquare.

Browse our list of The World's Most Innovative Companies 2011