Mac vs. PC: The stereotypes may be true 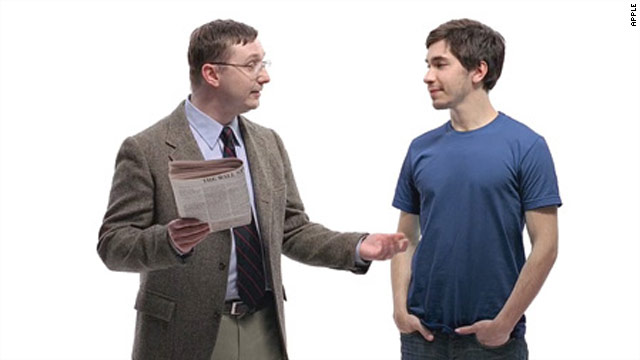 (CNN) -- Remember those Apple ads that cast the Mac as a 20-something, self-satisfied hipster while the PC was portrayed by an older, square-looking guy in a brown suit?

Well, those characterizations, unfair as they may be, appear to have some truth to them.

An unscientific survey by Hunch, a site that makes recommendations based on detailed user preferences, found that Mac users tend to be younger, more liberal, more fashion-conscious and more likely to live in cities than people who prefer PCs.

Of the 388,000 Hunch users who responded to a question about computer loyalty, 52% identified themselves as PC people as opposed to 25% who said they are Mac devotees. Hunch then cross-referenced those responses with answers to other questions to draw cultural distinctions between the rival Mac and PC camps.

The results suggest Mac users can be seen, depending on your perspective, as bolder and more creative -- or elitist and more pretentious.

The report found that 67% of Mac users have a college or advanced degree, as opposed to 54% of PC users. Mac loyalists are 80% more likely than PC users to be vegetarians, and, unlike PC fans, would rather ride a Vespa scooter than a Harley.

"I fit the typical Mac user on every count. Guess I'm not as unique as I thought. Depressing," wrote one commenter on Hunch's blog.

Since Hunch's first survey of Mac vs. PC users in November 2009, Apple has ridden the success of such high-profile products as the iPad and iPhone 4 to become the world's most highly valued tech company. Despite that hot streak, Hunch found that slightly more people in its new report -- 52%, up from 50% a year and a half ago -- now identify themselves as PC users.

Where do you fit in the Mac vs. PC debate? Let us know in the comments below.