iCloud: Revolution or the next MobileMe? 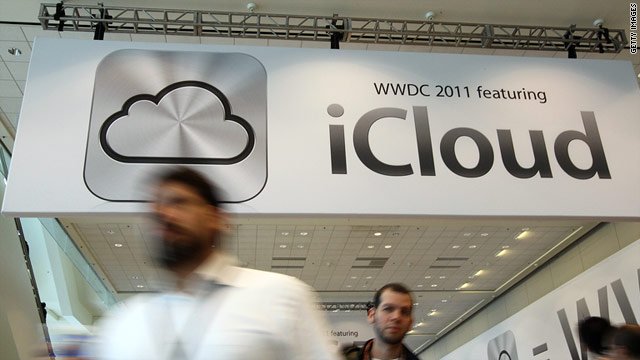 (CNN) -- It's hard not to leave an Apple press conference without feeling a little star-struck and won over. Company CEO Steve Jobs on Monday walked out to James Brown and then rattled off one announcement after another: new operating systems and, at the peak, the much-awaited iCloud.

He did so with his standard geek-charm style: In front of the biggest PowerPoint-ish presentation ever, and wearing a black turtleneck.

But now that tech heads have had at least a few hours to mull these revelations -- which Apple, of course, sees as revolutionary -- some are starting to wonder:

Is the iCloud really a game changer, like the iPhone and so many other industry-rattling Apple products? Or is it a future flop, a la MobileMe, Apple's other attempt to move computer users into the era of Internet data storage?

Anticipating this type of discussion, Jobs tried to cut people off at the pass.

Cloud computing comes to the masses

"Why should I believe them? They're the ones that brought me to MobileMe," Jobs asked rhetorically at the packed event in San Francisco, referencing the now-dead, $99-per-year Apple service that encouraged cloud computing by syncing contacts and other information across multiple devices. He then launched into a list of reasons why iCloud is in fact revolutionary.

Namely, and most controversially, that it allows users to access their iTunes-purchased music from a remote server, syncing it across iPhones, iPads and Mac computers -- so that you can access it from any of these devices.

But not all tech bloggers are sold on iCloud.

The idea moves cloud computing in the right direction, the skeptics say, but it does not achieve the cloud computing dream: that computer users could actually delete all of the heavyweight music and video files from their collections and trust that they are safe way up there in the online cloud. Instead of streaming music from the Internet, iCloud users have to download it.

"Apple's iCloud is nice, but not revolutionary," read a headline from Wired.com, a site that partners with CNN.com on tech content.

"Apple's music locker is a nice feature for those who like Apple's hardware and software, but it's not the cloud endgame: a Rhapsody- or Spotify-type music subscription service on steroids, which some thought Apple would launch," Eliot Van Buskirk writes on that site.

"As such, it encourages the same old behaviors -- downloading songs one-by-one from music stores or P2P (peer-to-peer) networks instead of subscribing to the entire world of music."

He also criticizes the fact that users can't share music on the system.

Here's another headline, this time from ReadWriteWeb, another tech site:

"You Can't Always Get What You Want: Apple's Disappointing Music Announcements at WWDC."

"At first blush, the thought of having your entire music collection available through iCloud sounded like an amazingly awesome deal. And for those of us who have amassed large record collections outside of the iTunes marketplace, it felt as though we were being pardoned for sins against the $.99 download -- whether we came across our mp3s through ripping, legal file sharing, or piracy," writes Audrey Watters.

"But it's important to note that Apple's new offer does not involve music streaming. True, you can have your music collection synced across devices (up to 10 of them). But you will still have to download the music you want to play onto your iPhone or iPad or iPod Touch or Mac. You won't be able to access your entire collection and randomly shuffle between all the glorious gigabytes."

Watters concludes: "Music in the cloud is still very much up for grabs."

For a fuller analysis of the other cloud music services, check out our own Mark Milian's piece on that subject.

We reached out to our followers on Twitter for thoughts, too.

"I think icloud is gonna be a success. It's free, mm (MobileMe) wasn't. iTunes match is awesome," wrote one of our @cnntech followers. For background, Apple does charge a yearly $25 fee to sync music not purchased through iTunes.

Others took a more skeptical view:

"It's going to flop. With other competitors out there with streaming services, Apple really missed the boat with this one," another Twitter user wrote.

What do you think? Tell us in the comments.