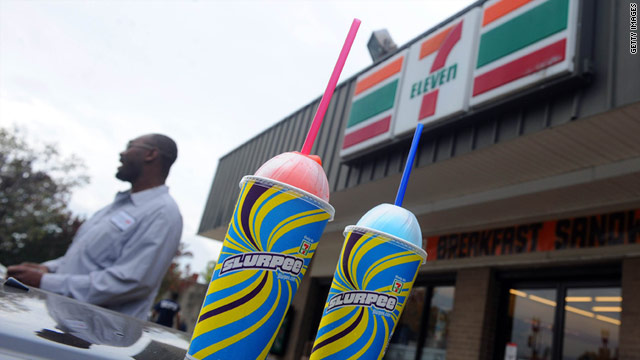 Amazon appears to be developing a program that will put lockers in 7-Eleven stores, letting customers have their online orders delivered to a safe, public spot instead of left on their doorsteps -- where they could get stolen.

Earlier this week, the iPad-only news source The Daily quoted an unnamed source saying that the online retailer is on the verge of testing a program that would put storage lockers in the convenience stores.

According to the source, customers would be able to order books or other items from Amazon, then select a convenient 7-Eleven where they could pick the order up when it arrives.

Then, on Wednesday, John Cook of GeekWire posted a photo he said showed a set of lockers in a Seattle 7-Eleven, where Amazon is expected to test the system before rolling it out further.

According to The Daily, customers would get an email with a bar code that would then allow them to get a number to punch in to access a locker.

Cook wrote that a 7-Eleven employee told him the lockers are set to be activated on Friday.

Amazon did not immediately respond to a message seeking comment on this story. A 7-Eleven spokeswoman said the company currently has no comment.

Such a program would theoretically put Amazon on par with competitors like Best Buy, which will send online orders delivered to a local store for pick-up.