Part of complete coverage on
On the Go

Is it really dangerous to use a cell phone on a plane? 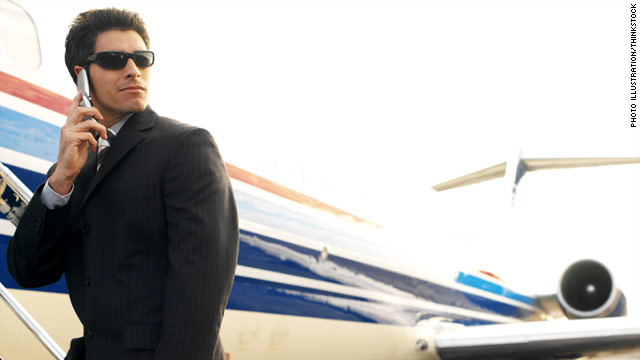 Editor's note: In "The Upgrade," CNN dives deep into travel trends and issues.

(CNN) -- You know who you are. You leave your phone on during flights, maybe do a little text messaging and otherwise break rules about cell phone use on planes once the doors close for departure.

"This is an absurd rule. I never turn (mine) off. I may text or browse the Web, but I never talk on the phone," one CNN.com reader commented recently.

On the other side of the aisle are passengers who abide by the safety instructions and warnings, worried that cellular signals may indeed interfere with cockpit instruments.

Take those two camps and add passengers who say either way, listening to fellow travelers chatter on the phone would be annoying, and you have a heated debate -- sometimes literally in the airplane aisles.

Huffington Post editor Arianna Huffington's BlackBerry use got her in trouble with a fellow flier this month, and in December a dispute came to blows when a teen wouldn't turn off his phone as his flight taxied for takeoff.

A U.S. ban on airborne use of cell phones has been in place for 20 years because of concerns transmissions would interfere with cellular networks on the ground. While many airlines now offer Wi-Fi access via portable electronic devices from laptops to smartphones, cellular voice and data services on domestic airlines fall under that Federal Communications Commission ban.

The Federal Aviation Administration supports the ban, citing potential interference with aircraft communication and navigation systems. The FAA also advises airlines to make sure passengers turn off almost all portable electronic devices during critical phases of flight, below 10,000 feet. Airlines require electronics be turned off and stowed during takeoff and landing.

But airline passengers who have routinely neglected -- or forgotten -- to turn off their mobile phones without devastating consequences have to wonder, how dangerous can it be?

That turns out to be a tough question to answer, but those who've studied the rules sum it up as better safe than sorry.

The risk is small, "but why take that risk?" asked David Carson, a Boeing engineer who headed up a committee of aviation and electronics experts several years ago to advise the FAA on the safety of Wi-Fi and cellular devices on planes.

He compared breaking the cell phone rules with not wearing a seat belt. "I could probably make a flight without a seat belt on and probably I'd be safe," Carson said.

"It's the same kind of thing as operating a cell phone or not. You're probably going to be OK; probably the airplane is new and isn't going to be bothered by it."

The bottom line, he said, is to listen to the flight attendants. They're the ones who are trained to ensure safe travel on the plane you're on, Carson said.

Technological tension on airplanes seems to be growing with rule-conscious passengers wrestling with whether to rat on their noncompliant neighbors.

"That's the dilemma that I've had. You know, there's a kid sitting next to me and do I make a big deal and alienate him and then have to sit next to him the whole flight? Or should I speak up because I'm saving everyone's life?" wonders Mark Rotenstreich, a lawyer in New York.

Rotenstreich, 49, has reason to be a vigilant flier. In the mid-1990s, he found himself climbing out of an emergency exit onto the wing of a plane that crashed at the end of a LaGuardia Airport runway trying to abort takeoff. No one was killed, and the accident had nothing to do with cellular interference, but seeing fellow fliers on their phones does give Rotenstreich pause.

"It definitely makes me uncomfortable," he said.

The FAA said it does not know of any aviation accidents linked to interference from personal electronic devices.

Without hard evidence on interference one way or another from Carson's advisory committee, organized by RTCA Inc., the FAA heeded its recommendation to let the current regulations stand "in the interest of being conservative about safety," said FAA spokesman Les Dorr.

Voluntary reports to the Aviation Safety Reporting System provide some anecdotal evidence of incidents (PDF) that might be tied to interference. One synopsis reports a B757's fuel gauge "blanked after (takeoff) and became operable prior to (landing)." The crew suspected interference from portable electronic devices, according to the summary.

A study conducted by Carnegie Mellon University researchers in 2003 found no definitive evidence of accidents caused by electronic devices but concluded that using the devices in flight was more dangerous than previously believed.

"The data support a conclusion that continued use of portable (radio frequency)-emitting devices such as cell phones will, in all likelihood, someday cause an accident by interfering with critical cockpit instruments such as GPS receivers," the study's authors wrote in a 2006 article on their findings.

The RTCA committee found ways to test airplanes for interference, and it outlined how to do so to help airlines design and outfit planes that can tolerate cell-phone use.

While cell-phone calls on flights in the U.S. are unlikely in the near future, international passengers already have the option to chat or text using their personal phones.

Many international carriers, from Emirates to British Airways, have tested the technology, received approval from regulators and started offering cellular voice and data service on some routes. Roaming agreements allow fliers to make inflight calls that are billed by their personal cell carriers as international roaming. Charges typically run about $2 a minute, according to OnAir.

OnAir, one of the main global providers of inflight cellular connectivity, said given the choice, passengers on planes offering its products prefer cellular service to Wi-Fi. OnAir offers both services.

Not necessarily, said Dave Bijur, director of strategic airline solutions at Aircell, a company that provides GoGo Inflight internet service to many of the biggest U.S. airlines.

"If the passengers started squawking and saying, 'Hey, I really want phone service,' we might be concerned with the rules, but because they're not, because the airlines are not, we're just content right where we are," Bijur said.

And the FCC has no plans to revisit the rule anytime soon, for much the same reason. When the commission announced plans to reconsider the ban in 2004, the public weighed in forcefully.

Count flier Rotenstreich among those who don't want to listen to seatmate cell talk.

"I would find it completely annoying because it's nice that a plane is one of those places you can go and not have to listen to someone else's phone conversation," he said.

OnAir and other providers and supporters of inflight cellular voice service say the vision of a cacophony of prattling airline passengers is distorted. Most calls last less than three minutes, according to OnAir, and the onboard infrastructure limits the number of simultaneous calls. Only six to 12 calls can be placed at once.

Carson hears similar accounts from airlines who offer voice service. "You don't get 300 people all yelling on a cell phone," he said.

One of the best comments he's heard on the social side of the debate makes a valid point: "A loud talker doesn't need a cell phone to be annoying."