Why airline fees are good for travelers 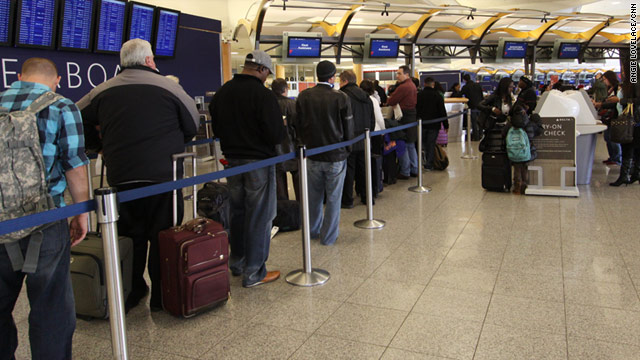 Fees mean fliers can pick the services they want -- and not help pick up the tab for someone using a full range of services.
STORY HIGHLIGHTS

(CNN) -- There's no doubt airline fees are one of the universe's most complained-about topics. Just say the word "fee," and you'll see the same look of disgust you'd see if you told anyone older than 20 that you like Justin Bieber.

But airline fees aren't a bad thing at all. In fact, they're good for consumers as well as for airlines. Now you can choose to pay only for what you plan to use instead of paying for everything that was previously built into the fare.

The problem is the way that fees have been implemented. In the long run, you'll be able to buy airline tickets differently, and this whole fee-hatred fad will go away.

The checked bag fee is the most hated, but I invite you to think about it differently. If you're traveling with just a carry-on bag, don't you think you should pay less than the person who checks two full bags of stuff? Bags are heavy. The more weight a plane carries, the more fuel it burns. So Mr. Two Bag is not only getting a greater benefit than you, but he's costing the airline more money as well.

And in many cases, the rise in a la carte pricing means the product attached to a fee is enhanced.

For example, Alaska Airlines has a checked bag fee, but it comes with a Baggage Service Guarantee that gives you a $20 travel credit or a mileage bonus if your bag isn't at the carousel within 20 minutes. Other airlines have much better food offerings now that people pay for them. Hawaiian Airlines still offers free food in coach on flights from the mainland, but it also offers passengers the option to buy up to a better meal.

The problem, of course, is that actually trying to compare fees across airlines is difficult at best. You have to look up bag fees for each airline and then do the math to figure out the total price. Add in your choices from a bevy of other airline fee options, and it's hard to figure out the best travel choice without investing some serious time. On top of that, you have to whip out your wallet multiple times along the way to pay for what you want. It's frustrating.

No one is predicting that fees will vanish. But if you look ahead five years, it's going to fall on to the airlines and online comparison sites to create a better experience. There is a great deal of discussion right now about the importance of airfare comparison shopping.

Some accuse American Airlines and others (wrongfully, in my opinion) of trying to stifle the travelers' ability to compare thanks to recent fights with online travel agents and third-party reservation systems. If nothing is done willingly to ensure that meaningful comparison shopping remains possible, the feds will step in. No one wants that to happen, so airlines and online sites have to be proactive.

Imagine that you want to fly from Los Angeles to New York. You have a bag full of client material to check, and you know you're going to want a meal on the flight because you never have time to stop beforehand. Let's also say that you're an elite level flier on Delta, but you aren't wedded to them and are still shopping around.

Eventually, you'll be able to go to a site such as Kayak or Travelocity and enter your frequent flier information. Then you can detail how many bags you need to check as well as whether you want a meal. You'll see a final price that takes into account the fact that as an elite level flier, Delta won't charge you for your bag.

In addition, you'll be able to see which onboard experience is better.

United might have a message about paying $50 to get more leg room in Economy Plus. You'll be able to see that Delta, JetBlue and Virgin America all have individual screens in every seat. And you'll see which airlines have Wi-Fi available onboard. In the end, you'll be able to pick everything you want for your trip, pay once with your credit card and tuck it safely back into your wallet.

Everyone in this industry likes to blame someone else for not being able to achieve this today, but it's clear that everyone is heading in the same direction. It's just a matter of time before fees become a part of buying your plane ticket and not something opaque and confusing that gets tacked on after you book.