Florida tourism gets a $30 million boost from BP 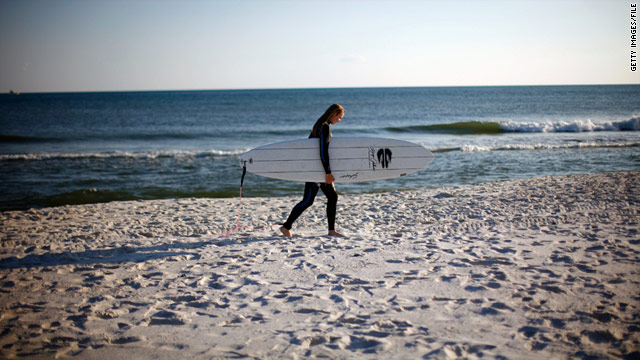 (CNN) -- Tourism in Florida is getting a $30 mililon boost from BP, state officials said Monday.

Gov. Rick Scott announced the Northwest Florida Tourism Council will recieve a grant to help mitigate the impact to the area's tourism industry as a result of the Deepwater Horizon oil spill, a statement from the governor's office said.

"I am pleased that BP is doing the right thing," Scott said. "I'm optimistic that with the assistance of this grant the world will know that Florida's beaches are as beautiful as ever and open for business."

According to the statement, the three-year grant must be used for the purposes of tourism promotion and awareness building.

"The agreement we have signed is a further example of BP's commitment to doing what is in the best interest of the state and the people of Florida," said Luke Keller, an executive with BP America's Gulf Coast Restoration Organization.

During the three-year period, BP will evaluate expenditures and tourism council partners will provide quarterly updates on tourism program activities and other information.

According to Keller, Florida has received $82 million for tourism and seafood testing and marketing since the April 20, 2010, spill caused by an explosion and fire on an offshore rig owned by BP.

Oil from the spill washed up on beaches that line of the Gulf of Mexico, including ones in Louisiana, Mississippi, Alabama and Florida.