Tips for jaguar spotting in Belize 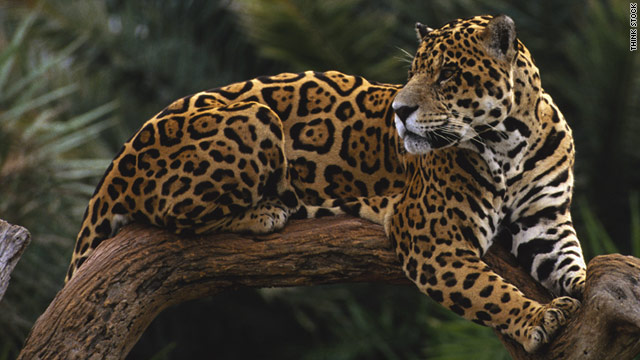 Jaguars rest during the day because they are nocturnal hunters, so your best chance to see them is by staying up.
STORY HIGHLIGHTS
RELATED TOPICS

Editor's note: Megan Wood is the first writer-in-residence to participate in the Road Warrior program, a partnership between MatadorU and the Belize Tourism Board. Megan is spending the spring in Belize, documenting traditions of the country's diverse cultural groups. Each week, she reports on her experiences for Matador, her personal blog, and for other outlets.

(Matador) -- I'm walking the trails of Cockscomb National Park, dense rainforest to the right, a river with crocodiles to the left.

My guide, Sam, tells me the trail we're on is often used by jaguars as an easy path through the forest. He points to a paw print in the mud to confirm the presence of the big cats.

"Don't worry," he says, "it's very unlikely you'll be killed by a jaguar today."

Belize's Cockscomb is the only jaguar preserve in the world, 150 square miles of protected rainforest that shelters 200 of the endangered animals. Other species benefit from the preserve as well, including tapir, peccary, toucans and howler monkeys.

"How about a hike to Victoria Peak?" Sam asks, clearly teasing. Victoria is the highest point in Belize and requires a permit and a four-day trek under the best conditions.

Here are Sam's tips. Next time I'll follow them, and hopefully spot a jaguar from a safe distance.

Matador: 8 trips for getting close to the world's deadliest animals

Since jaguars hunt nocturnally, they obviously sleep during the day. Some visitors have been lucky enough to see one in the early morning, but the safest bet is to stay up and wait.

Cockscomb has camping facilities and cabins for rent specifically for visitors to watch for cats at night.

2. Bring an umbrella and a guide

The rainy season in June and July is when the cats are most active. Go with a licensed guide who can track the cats' prints and droppings. Park rangers have set up cameras throughout the rainforest to record and observe the jaguars' behavior. They know what to look for.

Guides are available both in Belmopan and Placencia. I arranged my visit with Sam through Splash Dive Center in Placencia. Another option is Ian Anderson's Caves Branch outside of Belmopan, with guides that are also trained as medics.

This one is hard. Sitting still, in the dark, in the rain, at night looking for jaguars, I would want to talk to my guide just to stay awake. But jaguars are known for their stealth and any foreign noise or scent will scare them away.

Maybe a little prayer to the ancient Mayan Jaguar God of the underworld, Xbalanque, will send some cats your way.

Though I didn't see any jaguars (secretly, I was relieved; I've had plenty of run-ins with Belize's wildlife: barracudas, a viper, scorpions), I did enjoy an entire day at the park walking the trails, which are clearly marked, mapped out, and posted.

My favorite was the waterfall trail, a rugged hike up a hill that ended under a waterfall with a swimming hole.

Birders can try spotting some of the 290 species that live in the park. During the wet season, tubing in the river is also a popular option.

On my way back to Placencia, I had time to check out the Mayan Women's Center for Crafts at the entrance of the park, with absolutely no fear of being mauled.

Matador: Travel and adventure jobs - how to become a wildlife biologist

See the full story on MatadorNetwork.com.