Mysterious waters: from the Bermuda Triangle to the Devil's Sea 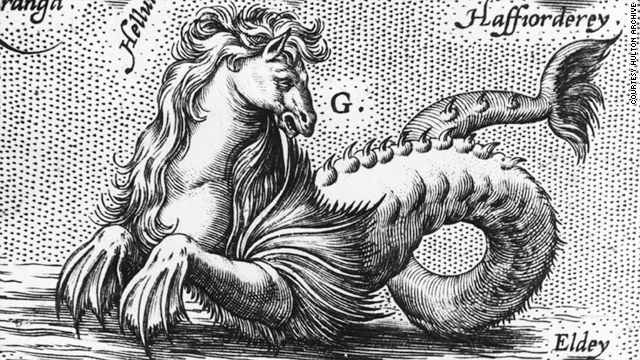 (CNN) -- Tales of missing maritime vessels and rumors of drifting, crewless ships have long colored the popular imagination when it comes to legends of the high seas.

Certain locations have become synonymous with unexplained disappearances and for intrepid sailors with a taste for the paranormal, these places can hold a spookily magnetic appeal.

So if you fancy a sailing holiday with a supernatural slant, you'll need to know where the fiction ends and the facts begin. To help you along your way we delve deep into some of the world's most mysterious waters.

The vast triangular area of ocean with imaginary points in Bermuda, Florida and Puerto Rico -- popularly known as the "Bermuda Triangle" -- has long been associated with mysterious disappearances, paranormal activity and even fissures in the fabric of space itself.

Interest in the region began after a group of military planes carrying 14 men inexplicably vanished somewhere off the coast of southern Florida in December 1945. 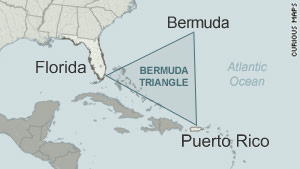 Before losing radio contact, it's claimed the flight leader was heard saying: "We are entering white water, nothing seems right."

Almost immediately afterwards, a further 13 crew-members -- dispatched as a flying search party -- themselves vanished. Neither group's remains were ever discovered and the Bermuda Triangle legend was born.

Numerous further disappearances, including a large oil tanker, a pleasure yacht and a small passenger plane were attributed to the area's paranormal forces.

A raft of books, like "The Devil's Triangle," "Limbo of the Lost," and "The Riddle of the Bermuda Triangle" all contained supernatural explanations -- from UFOs to "wormholes" to technology left over from the mythical lost continent of Atlantis.

However, in later years, skeptics have argued that the number of ships and aircraft reported missing in the area is, statistically, no more significant than in any other part of the ocean.

Indeed, the area is today one of the most heavily traveled shipping lanes in the world, and most appear to get by without so much as dipping oar into another dimension.

Next door to the Bermuda Triangle, and stretching far out into the Atlantic Ocean, is the eerily calm Sargasso Sea. 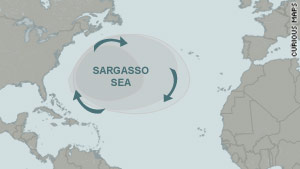 Despite sitting in the middle of the otherwise freezing Atlantic, the water in the Sargasso is warm and embroidered with sargassum -- the dense seaweed from which it gets its name.

The area has an intriguing reputation for robbing sail boats of their crew, leaving nothing but empty, wandering vessels.

Among its victims was the tall-mast ship "Rosalie," which sailed through the area in 1840, but was subsequently found drifting and derelict with her sails set and no crew on board.

Grisly 19th-century paintings show sailing vessels being devoured by monstrous weeds, and the area has featured in books by Jules Verne, among others.

But the mystery of the Sargasso is no longer much of a mystery. Surrounded by some of the strongest surface-water currents in the world, the "sea within a sea," as it is known, is effectively cordoned off from the rest of the Atlantic.

This isolation gives the region its uncharacteristic temperature and surprising tranquility -- causing wind-powered sail boats to come to an absolute standstill and creating all the ingredients for a nautical fairy tale.

The "Devil's Sea," also known as the "Dragon's Triangle," is a region in the Pacific roughly located around the Japanese island of Miyake, about 100 kilometers south of Tokyo.

Ancient legends tell of dragons that lived off the coast of Japan, bequeathing the region its nickname. 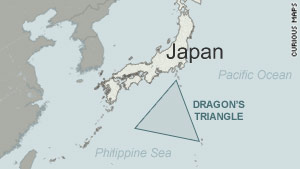 According to author Charles Berlitz, Japan lost five military vessels -- as well 100 scientists studying the region -- in the space of just two years between 1952 and 1954.

Like the Bermuda Triangle, the region was included in a 1972 article by naturalist and paranormal expert Ivan Sanderson, titled "The 12 Devil's Graveyards Around the World."

The "Vile Vortices," as they are otherwise known, all occupy the same latitudes south and north of the equator and are said to be hotspots for peculiar physical anomalies and unexplained phenomena often attributed to electro-magnetic aberrations.

However, while much mystery around the area may remain, American author and pilot Larry Kusche has long-since debunked many of the claims made by Berlitz and others.

Lake Michigan, in the United States, has been the site of countless sightings of strange objects and phantom planes. 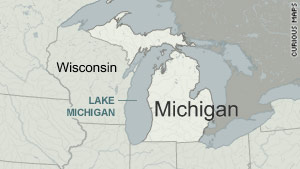 According to marine historian Dwight Bower in his book "Strange Adventures of the Great Lakes" the Michigan Triangle legend was born in 1937, when Captain George Donner unaccountably vanished from his freighter cabin during a routine coal delivery.

Having given strict instructions to be woken from his bed as the ship drew into port, Donner was nowhere to be found three hours later -- despite his cabin door being locked from the inside.

The wreckage has never been discovered, despite being the subject of an annual search by the Michigan Shipwreck Research Associates, and investigations still continue in trying to explain the incident.

So, for sailors in search of a real close encounter, it could well be that Lake Michigan is, in fact, the best place for a creepy cruise.