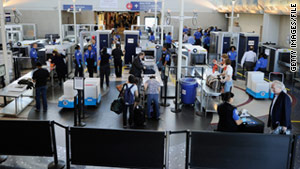 Washington (CNN) -- The Transportation Security Administration took steps Friday to fire 36 screeners and bosses at Hawaii's Honolulu International Airport after an investigation substantiated allegations that bags were allowed on planes without proper screening.

The firing is believed the biggest in the agency's history, and officials said it underscores that they will not tolerate employees who compromise security.

In March, Honolulu's KITV 4 News reported that TSA officers assigned to a morning shift regularly allowed checked bags to be loaded onto flights on nine daily departures without being screened for explosives. Sources told the TV station that the lapses occurred for as long as four months and involved thousands of checked bags. CNN confirmed the investigation.

TSA officers are required to screen 100 percent of all checked bags before they are stored in the cargo holds of passenger aircraft.

TSA officials said they did not know exactly how many bags were allowed onto flights without being inspected but said the lapse took place during the last four months of 2010.

"TSA holds its work force to the highest ethical standards, and we will not tolerate employees who in any way compromise the security of the traveling public," Administrator John Pistole said in a statement. "We have taken appropriate action through our newly established Office of Professional Responsibility and are committed to ensuring our high security standards are upheld in Hawaii and throughout the country."

The TSA said that after it became aware of the problem, it took steps to ensure that every bag is properly screened at the airport. The TSA routinely tests security operations to ensure that protocols are being followed.

The TSA said it used closed-circuit TV, random inspections, covert tests, and peer and management oversight to check on the integrity of the system.