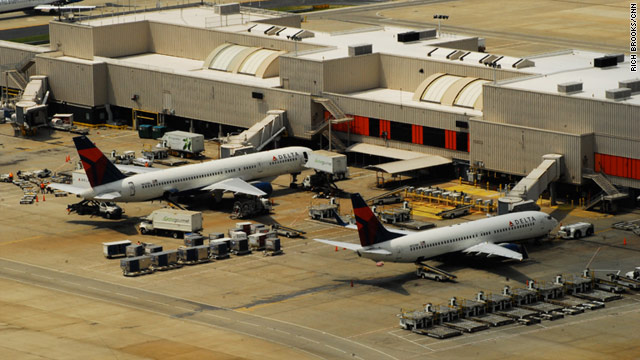 (CNN) -- U.S. airlines accumulated nearly $5.7 billion in fees in 2010, according to a financial report released Monday by the U.S. Department of Transportation.

Airlines collected $3.4 billion from baggage fees and $2.3 billion in reservation change fees, according to the Bureau of Transportation Statistics report.

Other fees paid by passengers are included in larger categories with other types of revenue for the report.

The Air Transport Association is one of the oldest and largest airline trade associations in the nation.

"Importantly, airlines have different revenue models, providing customers choices; just as with fees, customers have the option to pay for products and services they value," Medina said.

The numbers have increased from 2009 when airlines received about $2.7 billion in baggage fees, according to the bureau.

Airlines' baggage policies recently got further notoriety when soldiers returning from Afghanistan posted a YouTube video voicing their outrage at the nearly $3,000 they were charged for checked bags on a Delta Air Lines flight.

That airline has since changed its policy for service members to include more free bag checks, and other major U.S. carriers have followed suit with similarly eased policies.