United flight diverted to Cuba due to 'unfamiliar' odor in plane 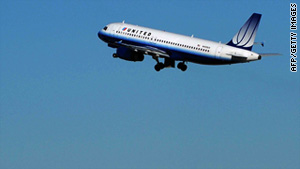 A United Airlines flight was diverted to Cuba after a reported strong odor in the cabin.
STORY HIGHLIGHTS
RELATED TOPICS

(CNN) -- A United Airlines flight was diverted to Cuba on Sunday after its crew reported a strong odor in the plane, U.S. aviation and airline spokesmen said.

The flight had left Washington Dulles airport, located in northern Virginia, just before 9 a.m., according to United's website. It was supposed to land at 11:27 a.m. in Cancun, Mexico.

But crew members "noticed an unfamiliar smell in the cabin," said United Airlines spokesman Charlie Hobart. Dorr noted that the crew detected a burning smell, saying it was in the cockpit.

"In an abundance of caution, the pilots decided to land the aircraft in the nearest available airport," Hobart said, explaining how the plane ended up in Cuba.

The aircraft had 135 passengers and five crew members -- two pilots and three flight attendants -- on board.

It remained on the ground, in the Caribbean nation, as of 5:15 p.m. Hobart said the airline is "working to reaccommodate our customers," saying another plane was being ferried in from Cancun that will then take the passengers there.

Normally, there are tight restrictions on the travel of U.S. citizens to the Communist state of Cuba, based on federal law. United does not typically fly to Cuba, according to its website.