Six historical adventure books to get you hooked 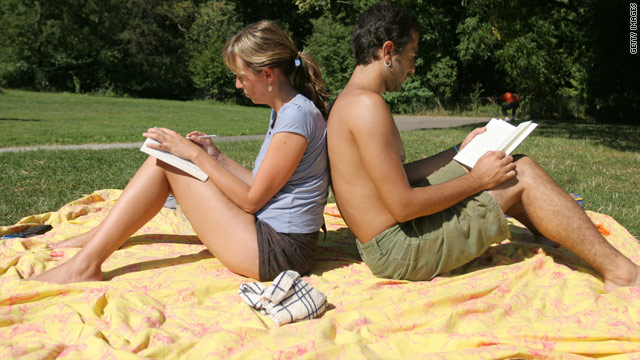 London (CNN) -- August is here and for many of us, so are the summer holidays. Whether you're relaxing in the country, lounging on a beach, or enjoying a city break, a good book can make all the difference.

CNN World's Treasures selects some of the most enduring historical thrillers for you to pack in your suitcase, so even if you're not heading anywhere exotic -- or heading anywhere at all -- you can still experience the thrill of adventure in a far-flung place or time.

One of the most enduring pool and beach-side books of recent years, Dan Brown's ubiquitous page-turner "The Da Vinci Code" takes 2,000 years of Western religious and cultural history and turns it on its head.

If you're one of the few people not to have read the book, the plot involves a cryptographer and symbologist racing around France and England to uncover a centuries-long mystery, the key to which resides in the masterpieces of Leonardo da Vinci.

Inveterate traveler and amateur archaeologist Agatha Christie set many of her mystery books abroad and several in the Middle East, while she was living there with second husband and noted archaeologist, Sir Max Mallowan.

"Murder in Mesopotamia" has famous Belgian detective Hercule Poirot uncovering a murder that takes place on an archaeological dig in modern Iraq.

Also worth a read is "Death Comes as the End," a murder mystery set in ancient Egypt 2,000 years B.C., marking a radical departure for the writer.

'The Witch of Babylon,' D.J. McIntosh

The first installment of a new "Mesopotamian Trilogy" by Canadian author D.J. McIntosh, "The Witch of Babylon" was inspired by the looting of Iraq's National Museum in Baghdad at the start of the recent conflict in 2003.

Even if you're not heading anywhere exotic, you can still experience the thrill of adventure in a far-flung place and time
RELATED TOPICS

The tangled plot features a young art dealer on a quest to locate a missing ancient Assyrian stone engraving, which may hold the alchemist's secret of turning lead into gold.

"The Witch of Babylon" was published in June in Canada and has been sold to 17 territories around the world.

Kate Mosse's best-selling book "Labyrinth" revisits the timeless mystery of the whereabouts of the Holy Grail, set against the intriguing history of the Medieval religious Cathar sect in the Languedoc region of Southern France.

Jumping between modern-day and medieval France, "Labyrinth" follows two young women from two very different eras -- one a modern-day archaeologist, one a Cathar herbalist -- as they try to keep the mysterious location of the Holy Grail from falling into the wrong hands.

Part of Wilbur Smith's "Egyptian" series of books, "The Seventh Scroll" follows a male-female duo as they attempt to find the lost treasure of an ancient Egyptian Pharaoh, the key to which is contained in an ancient papyrus scroll.

The action moves from Egypt, to London, to Ethiopia, as the couple go in search of the treasure, all the while tracked by a nefarious German collector intent on scuppering their plans.

'The Name of the Rose,' Umberto Eco

For the more highbrow holidaymaker, Umberto Eco's "The Name of the Rose" is a postmodern murder mystery set in a Benedictine monastery in medieval Italy.

Featuring a vast labyrinthine library, a lost treatise of Aristotle's and a visit from an Inquisitor, "The Name of the Rose" manages the feat of being a historical thriller as well as a scholarly classic, dealing as much with the study of semiotics as with murdered monks.