Flight attendant: How 9/11 changed my job

By Heather Poole, Special to CNN 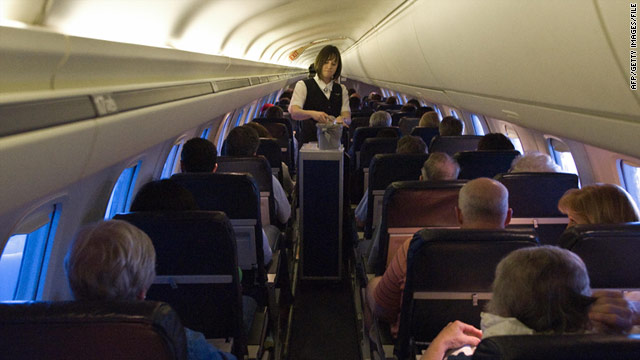 Instead of learning how to serve caviar, flight attendants are now being taught karate, Heather Poole writes.
STORY HIGHLIGHTS

Editor's note: Heather Poole has worked as a flight attendant for a major U.S. airline for 16 years. She is the author of the upcoming book "Cruising Attitude: Tales of Crashpads, Crew Drama, and Crazy Passengers at 35,000 Feet," and she writes the Galley Gossip column for Gadling.com. You can find out more about her on her blog.

(CNN) -- The great thing about being a flight attendant is that each time I walk on board a plane, a new adventure awaits.

Though no trip is ever exactly the same, there's a timeline we try to stick to: Ten minutes after takeoff, we begin setting up carts for the service.

An hour and a half into the flight, flight attendants in coach are picking up discarded items while those in business class are whisking away salad and appetizer plates to make room for entrees.

Very rarely does the timing of the service change, which is why whenever I hear about a plane crash, I know exactly what was happening in the moments before the plane went down.

Before That Day, if I heard a reporter discussing an air disaster, I always envisioned what the flight attendants were doing right before showing everyone their brace position. 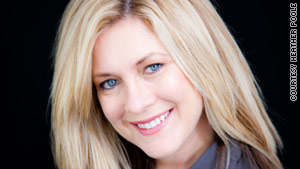 Flight attendant Heather Poole watched many of her colleagues lose jobs after 9/11.

Never did I imagine terrorists slitting the throats of my friends and colleagues to gain access to the cockpit, just like office workers probably never dreamt of what they'd do if a 767 crashed into their building.

Preparing for the unthinkable

Before That Day, conversations on the jump seat during takeoff revolved around loved ones or layover plans.

After, they were all about one thing: What would I do if something happened?

In the months that followed, I can't tell you how many times I prayed, sitting on the jump seat during takeoff, that it wouldn't come to that. And if it did come to that, I prayed it would happen before we finished the service, because I didn't want to have to do all that work and then die.

"Here's what I'm going to do," one of my co-workers said. He motioned to the insert of soda -- the plastic container full of cans that we slide into the beverage cart -- sitting on the linoleum floor beside our jump seats.

Grabbing a can of Pepsi, he made quick and aggressive throwing motions. "Bam! Bam! Bam!"

"You're going to kill them with Pepsi?" I asked.

"It's better than nothing!"

From That Day forth, every flight attendant I met had some sort of plan, and each plan was more original and ingenious than the next: broken wine bottles, hot coffee, seat cushions.

Meanwhile, flight attendants and passengers came together like the rest of the world did. We were a team, and everyone offered their support. If any good came from that horrible day, this was it.

On alert for suspicious behavior

There were times, only a few, when questionable things would happen. Like the time the man holding a McDonald's bag kept going in and out of the bathroom with it. It felt like he might be doing a "test run" to check our reactions.

After we reported the guy, every suit from every agency on Earth met our flight at the gate in Los Angeles. They didn't arrest him, but we later learned that he had purchased a one-way ticket with cash. Is it also a coincidence that he would soon be going to school in Florida? Maybe. Maybe not. We didn't know.

What we did know was that flying had changed forever.

In training, instead of learning how to serve caviar without clinking the tiny silver spoon against the plate, flight attendants were taught something new: karate.

Opening the overhead bins before boarding used to be about making it easier for passengers to stow their luggage. Now it's about checking for suspicious items left behind. When a passenger becomes ill during flight today, we have to consider that it might be a diversion to distract us from something else.

After That Day, many flight attendants lost their jobs. Those of us who stayed took pay cuts, watched days grow longer while layovers grew shorter, and began working flights staffed with FAA minimum crew.

Things we took for granted like pillows, blankets and even a few airlines slowly began to disappear. If passengers weren't afraid to fly, they could no longer afford to fly, so the airlines had to drastically lower ticket prices. A one-way ticket could now be had for the same price as a pair of designer jeans.

In an effort to stay in business, free food in coach was the first thing to go. Airlines no longer had to pay for the food, or the food's weight in fuel, or the caterers who delivered the food, or the extra flight attendants required to serve the food.

These days, when passengers complain about "bad service," I take it personally. I work hard, harder than ever before, to do a job I still take pride in, but there's only so much I can do with the tools I've been provided.

Sometimes I wonder whether the airlines would get rid of us altogether if they could, just to save a buck!

So the next time you're on a flight wondering why that sandwich costs $20, why the plane is so crowded or why your crew seems a little tired, I hope you'll think about why.

As we all know too well, the world changed for everyone That Day, for passengers and flight attendants alike.