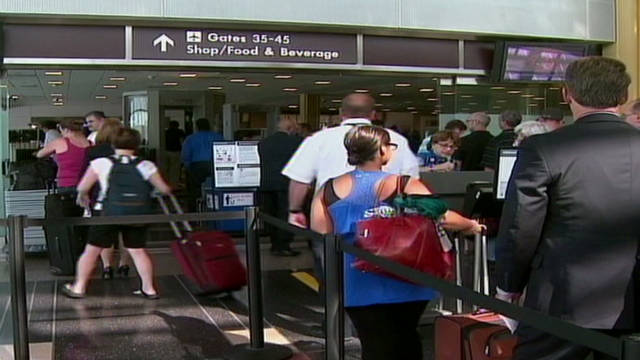 Washington (CNN) -- Responding to the uproar over physical searches of children, the Transportation Security Administration is rolling out new procedures that should reduce, although not eliminate, the number of times children are patted down at airport checkpoints.

Under the new procedures, children age 12 and younger will be allowed to keep their shoes on, the TSA said. If a metal detector or full-body image detects a suspicious object, the children will be allowed multiple passes through the machines in an effort to identify the anomaly.

Finally, airport screeners will have the option of swabbing the children's hands to check for explosive residue as an alternative to patting down the children. Pat downs will be used only if concerns persist.

Homeland Security Secretary Janet Napolitano on Tuesday told a Senate committee the TSA will roll out the new procedures in the coming weeks and months. "It does require additional training of all of the thousands of TSA officers and that's under way," she said.

In the spring, the TSA modified the actual pat down procedures, refining the parts of the body officers touch, amid widespread criticism that the pat downs were too intrusive. Since then, the TSA has been testing a variety of protocols to see if it could address public concerns without jeopardizing security.

The furor over screening of children erupted in spring after a video posted on YouTube showed a 6-year-old girl being searched at New Orleans airport on April 5. The girl protests the search at first, although she complies quietly while it is under way.

TSA chief John Pistole said at a Capitol Hill hearing in spring that a female security screener performed the pat down on the girl because the child had moved while passing through the imaging machine. That prevented the device from getting a clear reading.

Pistole suggested then that a pat down of a child is not entirely unjustified.

"Unfortunately we know that terrorists around the world have used children as suicide bombers," Pistole said.