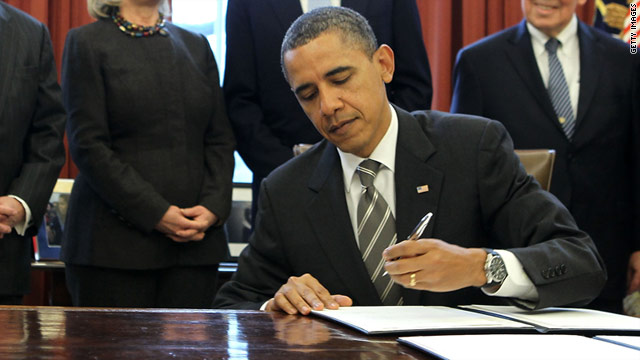 Washington (CNN) -- President Barack Obama signed ratification documents for America's new nuclear arms reduction treaty with Russia on Wednesday, clearing the way for the two powers to put the landmark accord into effect.

The agreement, known as the New Strategic Arms Reduction Treaty (New START) replaces START 1, which expired in December 2009. The U.S. Senate approved the new START pact last December, while the Russian parliament ratified it in January.

The treaty is designed to slash the stockpile of strategic nuclear weapons in both countries to 1,550 warheads -- down from a current cap of 2,200 -- and 700 launchers.

It also calls for a resumption of inspections of nuclear arsenals that ended when START 1 expired and helps move forward with White House efforts to "reset" U.S.-Russian relations.

Obama has called the treaty "the most significant arms control agreement in nearly two decades." The Senate's approval in December gave the president a key victory on what has been considered one of his top foreign policy priorities.