Your guide to the NFL talks 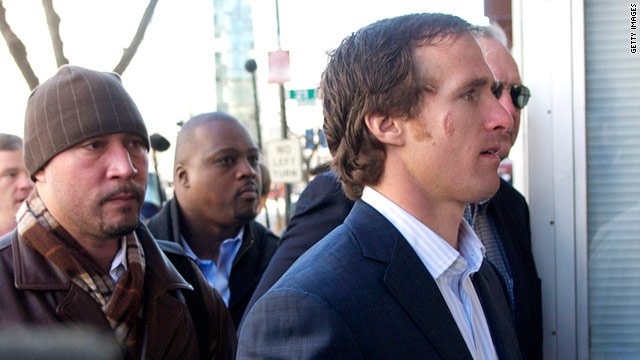 Editor's note: Steve Politi is a sports columnist for The Star-Ledger in Newark, New Jersey. He frequently covers the NFL.

(CNN) -- The clock has stopped. But the problems remain.

The NFL and its players union have agreed to a 24-hour extension in their collective bargaining negotiations, pushing the new lockout deadline to midnight Friday.

So for now at least, they've avoided the first work stoppage in professional football since 1987.

Even if the deadline gets extended further, the strong possibility of a lockout still looms over the sport, and that would be a fan's worst nightmare.

As the negotiations continue, here are the key questions and answers surrounding a labor dispute that could threaten the 2011 season.

What's the problem anyway? Isn't football the most popular sport in the country?

It is, and its popularity is booming in spite of the sour economy. Essentially, the dispute boils down to this: The players and the owners disagree on how to divide $9 billion in revenues. The players get 59.5% after the owners take $1 billion off the top. They are fine with the status quo. The owners want to skim another $1 billion off that and then reduce the percentage that the players receive.

Wait a minute. That seems like a lot. How can the owners justify that?

They say the current labor deal -- which they approved by a 30-2 vote -- is out of whack in favor of the players and doesn't take into account the cost of building stadiums and promoting the game. The players have countered that the owners are unwilling to fully open their books to prove this.

"There's been no indication that any team has lost a dime," is how DeMaurice Smith, executive director of the NFL Players Association, countered that claim. Add this to the mix: The owners also want an 18-game season (up from 16), a move players are against because of injury concerns.

But the players are already set for life, right? Aren't they being greedy, too?

Not really. Sure, Tom Brady pulled in a hefty $18 million, so he doesn't have to throw another pass again. And while the average salary is $1.9 million, the median is actually $790,000 -- good money, to be sure, but it means there are plenty of NFL players who will be worried about paying their bills if the checks stop coming in September.

Also remember, the average career lasts a little over four years, so they only have a short window to make these big salaries. One NFL player, according to ESPN, even had his wife's labor induced so her baby would be born before the lockout while the team's insurance would still cover the medical bills.

Who is DeMaurice Smith? Is he ready to take on the NFL?

Smith is a former federal prosecutor in Washington, so clearly, he isn't afraid of challenges. "We are at war!" he once yelled during a meeting of the player representative from the different teams.

But this isn't about winning or losing, it's about finding a suitable compromise with NFL commissioner Roger Goodell. Smith will have to give back something. Can he do it while keep the support of the players? The previous two players strikes in NFL, in 1982 and 1987, saw numerous players crossing the picket lines to play with scabs.

Who are the other key players in this?

Goodell, of course. This is his biggest test as NFL commissioner, and how he gets the league through this crisis will determine his legacy.

There are several influential owners involved, including Giants CEO John Mara, regarded as a level-headed executive who was invited to the mediation sessions this week in Washington. There's also Jerry Richardson of Carolina Panthers, who is in favor of getting a favorable deal no matter what the cost. He reportedly mocked quarterbacks Drew Brees and Peyton Manning in a negotiation session.

What does decertification mean?

It means the union would no longer exist. Players would give up their collective bargaining rights, but then could file individual anti-trust suits against the league and the owners.

The bottom line: Decertification means the NFL will spend more time in courtrooms this off-season than on practice fields, since the league likely will counter with a lawsuit arguing that the move is a "sham" decertification.

What happens if there's a lockout, football-wise?

Not much. Players will be barred from any team-related activities. Free agents will remain unsigned. Even the draft will be different -- teams will be allowed to talk to their picks up until the point they were selected, but then not until a deal is struck.

Teams might even approach the draft differently, picking based on needs rather than the best players available, because who knows when they'll be able to address those needs on the free-agent market.

So if a lockout drags out for an extended time, which side is better suited to win this thing?

If history is any indication, the owners. The NFLPA is widely regarded as the weakest union in pro sports, and the rank-and-file players know they only have a very small window -- remember, the average career lasts 4.4 years -- to earn their pay.

Players could feel the pinch once their salaries, which are paid over 17 game checks from September to January, are cut.

Marvin Miller, the renowned baseball union chief, put it this way: "What you have here are players who don't understand solidarity, and no work has been done to really educate them. That can only be achieved over time with an amazing amount of repetition, and you don't have that time."

Who would a lockout really hurt?

The little guy, of course. The New York Jets, for example, have announced that they will require all business-side employees to take a one-week unpaid leave each month during any lockout, and most of these people aren't Lexus-driving executives.

They are receptionists, ticket salespeople and the like. And, should the lockout lead to canceled games, thousands of more stadium workers are at the risk of losing jobs.

"They have the nerve to shutdown the league," said Scott Weiss, part of an advocacy group called the sports fan coalition, "with no thought that one day fans will say, 'enough is enough.' "