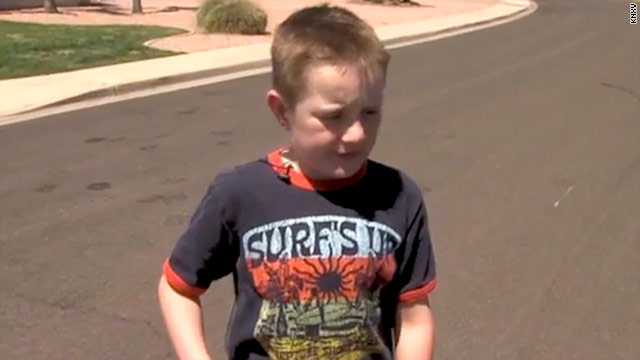 (CNN) -- Tristin Saghin might only be 9 years old, but he knew just what to do after his 2-year-old sister was found floating in her grandmother's swimming pool unconscious Sunday.

"I went running outside ... and I did CPR on her," the boy told affiliate KNXV in Mesa, Arizona.

His sister started breathing again, he said, and paramedics soon took it from there. She is going to be OK.

Tristin told the television station that he learned CPR by watching television and that he would do anything for his little sister.

"She's really beautiful," he said. "I love her really much."

Read the KNXV story for more on Tristin's heroic actions