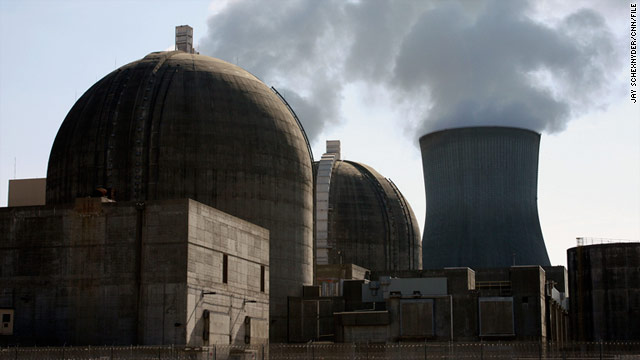 A nuclear reactor at Plant Vogtle near Waynesboro, Georgia, shut down earlier this week, the Southern Co. says.
STORY HIGHLIGHTS

"This is a maintenance issue, not a safety issue," said Carrie Phillips, public affairs manager of Southern Nuclear, a division of the Southern Co.

"Southern Nuclear has replaced the breaker that failed, and as a conservative measure we have replaced all the components that could have caused the breaker to fail," she said.

Once the replacement is complete, the reactor will be restarted, Phillips said. She declined to say when that would be.

Future of nuclear power in the U.S.
RELATED TOPICS

The reactor shut down automatically Wednesday. The ensuing investigation led to the breaker, according to the company.

There were no threats to public health or safety, the company said. The plant's second reactor continued to operate at full power, it said.

The Vogtle Electric Generating Plant is near Waynesboro in eastern Georgia.

The shutdown comes as the nuclear industry is under increasing scrutiny amid the ongoing crisis at Japan's Fukushima Daiichi nuclear plant, which was crippled by an earthquake and tsunami March 11.

The U.S. Nuclear Regulatory Commission voted on March 23 to begin a comprehensive review of plant safety across the United States. The first report from that review is due within days, according to the commission's initial timeline.

A final report on any proposed changes is supposed to be presented by September, the commission said.