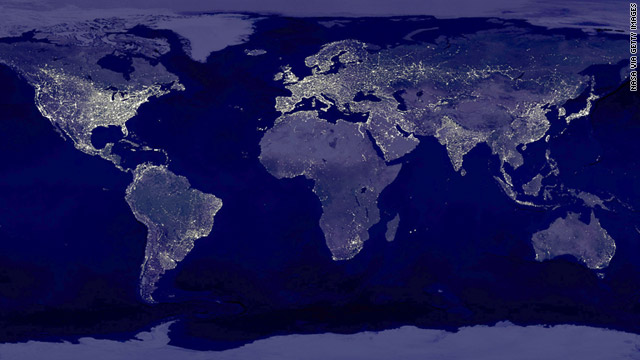 (CNN) -- The planet's population, now almost 7 billion, is expected to reach the 9 billion mark before 2050, according to a revised United Nations projection announced Tuesday.

An analysis predicts the world will grow to 8 billion people in 2023, 9 billion by 2041 and then 10 billion at some point after 2081, according to U.N. figures. By the end of the century, Earth will be home to 10.1 billion people, the United Nations said.

Population growth will occur mostly in the so-called "high-fertility countries" in sub-Saharan Africa as well as in Asia, Oceania and Latin America, according to the U.N. figures.

But researchers cautioned that a small variation in fertility could lead to major swings in the population forecast, according to the 2010 Revision of World Population Prospects, prepared by the population division at the U.N.'s department of economic and social affairs.

A small increase in fertility could result in a planet population of 15.8 billion by 2100, the study said.

A small decrease could cause an eventual overall decline, to 6.2 billion people by century's end, U.N. figures show.

Many countries have an aging population and will continue on that path as their fertility rates decline, Hania Zlotnik, director of the population division, said in a U.N. statement.

Countries with low- or intermediate-fertility rates would peak well before the end of this century, the U.N. said.

Global life expectancy is expected to increase to 81 years from 68 years by the years 2095 to 2100, especially as better treatments for HIV and AIDS reduce early deaths in sub-Saharan Africa, the U.N. study said.