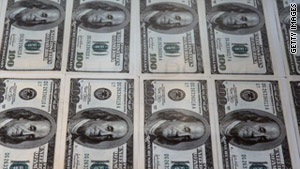 (CNN) -- American taxpayers would have to pay anywhere from $329 to $2,475 annually per household for 30 years, depending on what state they live in, to remedy the crises in their public employee pensions, a new study said Wednesday.

Funding state and local public pensions has been a growing problem nationwide, and many states have taken controversial measures to solve the crisis.

In Missouri, Oregon, California and New York, lawmakers are cutting billions of dollars from their budgets by reforming state pension plans, squeezing more out of state workers for health care costs and slashing teacher salaries.

The study calculated the tax increases needed for the full funding of state and local pension systems in the United States over the next 30 years, according to authors Joshua Rauh of Northwestern's Kellogg School of Management and Robert Novy-Marx of the University of Rochester.

For example, New Jersey households would have to pay $2,475 annually for 30 years, the highest.

The lowest increase would be for Indiana households, which would have to pay $329 annually for 30 years to fully fund their public employee pensions, the researchers said.

COSTLY FIX
Below is how much households in the 10 highest and lowest states would have to pay in increased taxes annually for 30 years to solve the funding crisis in their state and local public pension plans:

Nationally, the average increase for households would be $1,398 annually for 30 years, said Rauh, an associate professor of finance.

"Clearly we have dug a very large hole with just the legacy liabilities," Rauh said. "Even with a hard freeze -- which is stopping new benefit accruals and people would just go with a 401k-type program -- contributions would still have to rise by more than $800 a year per household to achieve full funding in 30 years."

Contributions would also have to grow with the economy, and they could also take the form of spending cuts instead of tax increases, the study said.

"If we don't start managing these increases now, the taxes are going to have to rise even more in the future. It's like credit card debt," Rauh said.

Those methods create "distortions" that hide how taxpayers will feel "substantial" financial pain in many states if public pensions are to be honored, Rauh said.

The study assumes that each state's economy and public sector and employee contributions to pension systems will expand at historical rates of gross state product.