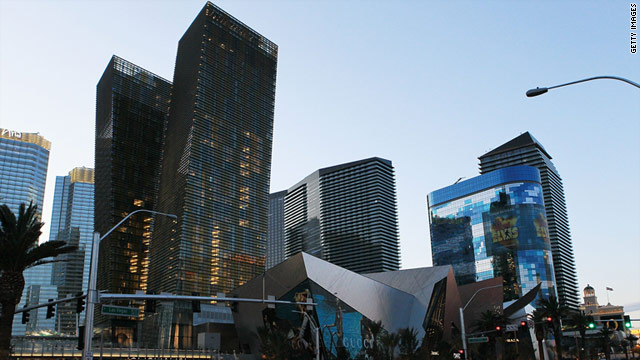 (CNN) -- A Las Vegas resort is warning some former guests that they may have come in contact with high levels of the legionella bacteria, which causes Legionnaires' disease, a form of pneumonia, the hotel announced Thursday.

The Aria Resort and Casino in Las Vegas is telling guests who stayed at the Aria from June 21 to July 4, 2011, that they may need to be tested for the bacteria, according to a letter to guests from Paul Berry, the hotel operations' vice president. Water tests at that time indicated high levels of the bacteria in several guest rooms.

The hotel -- part of a vast collection of hotel rooms, condominiums and its own shopping center in Las Vegas' CityCenter -- has been connected in the past with six cases of Legionnaires' disease, said the Southern Nevada Health District. The district identified the six cases beginning in the spring of 2010, said Jennifer Sizemore, a manager at the health district.

The hotel regularly inspects their water supply with a series of tests; the health district only gets involved when there are cases of illness or elevated levels of bacteria reported, said Sizemore.

The health district contacted the hotel after the first reported case and "inspected their water system ... they had everything in place that needed to be," said Sizemore. "There wasn't evidence at that time that indicated they had (the bacteria)."

From the six reported cases of Legionnaires' disease, all six had healthy recoveries, said Sizemore.

Guests before the reported window of June 21 to July 4 are past the incubation period of the bacteria, so any symptoms they would've shown are past, said Sizemore.

The usual symptoms of Legionnaires' disease include fever, chills, muscle aches and headaches, which are similar to pneumonia, so the disease may be difficult to diagnose, according to the health district.

The hotel advised guests who have experienced these symptoms to seek medical attention.

Symptoms show up between two to 14 days after exposure and it is contracted through exposure to contaminated water or when an individual breathes in a mist or vapor, the health district said.

The health district said the bacteria is found most usually in water, such as hot and cold water taps, hot water tanks and water from air-conditioning systems.

It can't be acquired through contact with people, said the health district.

The most recent tests indicate the bacteria was not present in any detectable way, but tests will continue, Berry said.