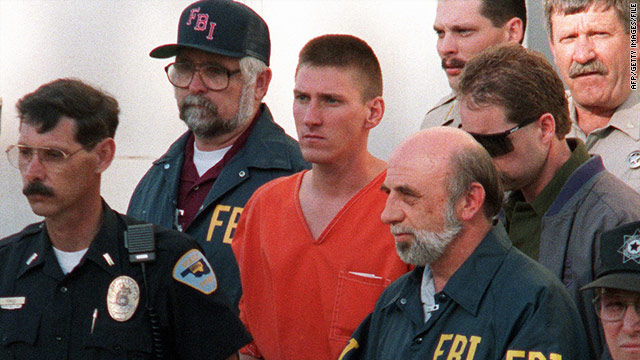 (CNN) -- The threat of domestic terrorist attacks in the United States similar to last week's fatal bombing and assault in Norway is significant and growing, analysts said Monday.

The greatest threat of large-scale attacks come from individuals and small groups of extremists who subscribe to radical Islamic or far right-wing ideologies, said Gary LaFree, director of the National Consortium for the Study of Terrorism and Responses to Terrorism, or START.

While extremist animal rights and environmental groups also pose threats, those groups either have not tended to seek to kill or have only targeted individuals, according to researchers.

But extremist right-wingers -- from Oklahoma City bomber Timothy McVeigh to a neo-Nazi accused of trying to bomb a Martin Luther King Day parade this year -- have shown a willingness to target the public, LaFree said.

Such groups are among the fastest-growing extremist organizations in the country, the Southern Poverty Law Center reported in February. Right wing anti-government groups grew by 60% in 2010 over the previous year, the center reported, attributing much of the growth to militia groups.

The group also reported a smaller increase in the number of anti-immigrant vigilante groups, SPLC reported.

What we can learn from Norway attacks
RELATED TOPICS

The suspect in the Oslo, Norway, bombings published papers on the internet stressing "unity over diversity" and calling for a violent response to a policy of multiculturalism that he said was destroying European society.

Despite the rise of anti-government militia groups and the sovereign citizen movement -- whose adherents say they are not subject to U.S. law or taxation -- highly organized white supremacist groups have suffered setbacks in recent years with some of the movement's leaders imprisoned and others stripped of their resources by civil lawsuits, said Gary Ackerman, research director at START.

But as McVeigh and Terry Nichols showed in the 1995 bombing of the Murrah Federal Building in Oklahoma City -- in which 168 people died -- it doesn't take a large group to pull off a devastating attack.

Most adherents to extremist ideologies are harmless, said Brian Levin, director of the Center for the Study of Hate and Extremism at California State University in San Bernardino.

"Most of them are not going to do anything but bore their relatives and friends with ridiculous papers and treatises," he said.

But a divisive political climate, often coupled with personal disappointments and a personality receptive to extreme views, can help turn believers into dangerous actors willing to use violence to further their ideological beliefs, Levin said, adding that he believes the greatest threat is not from large organized groups but rather individuals or small cells.

The sense that society is falling apart because of foreign influence is often a lure to people who become members of extremist groups, no matter where those groups fall on the political or religious spectrum, Levin said.

"The notion that the political bonds that used to hold us together are falling apart will cause people to opt out," he said.

But the threat from Islamic terrorism tends to get the lion's share of media coverage, not to mention law enforcement attention, Ackerman of START said.

Ackerman said nationally, law enforcement has been focused since the attacks on the World Trade Center and Pentagon in 2001 on the threat of Islamic terrorism, even as the threat from domestic anti-government groups has been growing.

"Some people believe we have taken our eye off the ball when it comes to domestic right-wing extremists," he said.

And some efforts to combat the problem have been controversial. For instance, the Department of Homeland Security was forced to apologize in 2009 after a report surfaced warning law enforcement of the possibility that veterans returning from combat were susceptible to being radicalized by right-wing groups.

State police agencies polled by START researchers in 2008 overwhelmingly reported the presence of potentially dangerous extremist groups across the political spectrum, with nearly 90% saying neo-Nazi, skinhead, militia groups and other right-wing groups were present in their state. About two-thirds reported radical Islamic groups.

But they tended to rank Islamic terrorists as the greatest concern ahead of right-wing groups in terms of the threat posed, LaFree said.

"I think there's a little bit of perceptual bias there," he said.