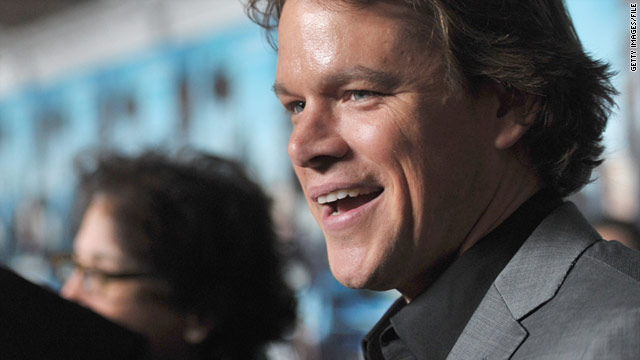 Damon said the things he values "came from the way that I was parented and taught," and that these qualities can't be tested.
STORY HIGHLIGHTS

(CNN) -- Actor Matt Damon rallied teachers Saturday at a march in Washington decrying the widespread use of standardized testing to judge how well teachers, students and schools are performing.

A group of teachers and education advocates organized the Save Our Schools March in an effort to inspire change in standardized testing policies, according to founder Anthony Cody. Critics say standardized testing takes teachers' focus off their core mission of educating students.

Teachers marched to the White House, chanting "Save our schools" and other slogans and carrying signs. One read, "Children are more important than test scores." Another read, "I am not the problem."

Damon, whose mother is an educator, said he achieved his successes in large part because teachers at the public schools he attended were not forced to focus on "silly test prep" and instead could work to educate.

"As I look at my life today, the things that I value about myself, my imagination, my love of acting, my passion for writing, my love of learning, my curiosity, came from the way that I was parented and taught," Damon told the teachers.