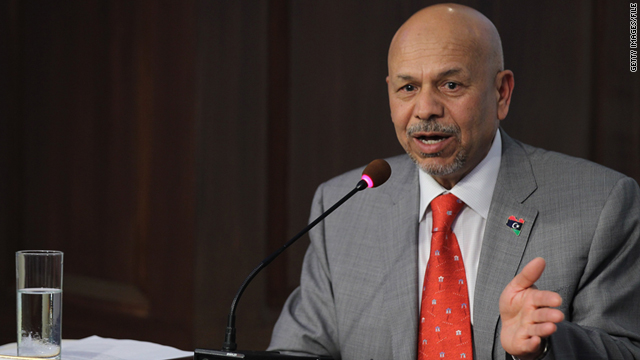 Washington (CNN) -- The U.S. State Department has signed an order handing over the Libyan Embassy in Washington to the Transitional National Council, a senior department official told CNN.

The official said move would allow the Libyan rebel movement to reopen the embassy, accredit diplomats and regain control of the embassy's frozen bank account, worth about $13 million.

It follows a formal request from the TNC to reopen the embassy under its control and accredit Ali Aujali, the former Libyan ambassador to the United States, as its ambassador.

The State Department official said that Aujali can become the official head of mission after he works out his official diplomatic status, which was technically interrupted when he broke with the regime.

The move comes amid internal strife in the rebel movement, and the State Department is warning the Transitional National Council to get its act together.

An administration official told CNN the United States has warned the TNC that this is a "do-or-die moment" for the organization to carry out a credible and thorough investigation of the killing of its military commander, Abdel Fatah Younis. Concerns have been raised that last week's mysterious assassination might have been carried out by feuding rebel groups.