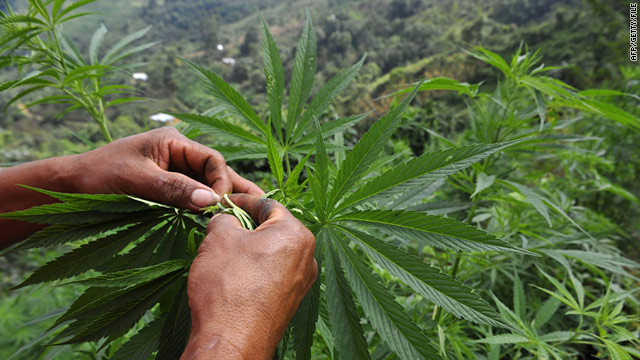 (CNN) -- Two Border Patrol agents in Arizona are accused of forcing suspected drug smugglers to eat marijuana and strip down to their underwear before being told to flee into the desert.

A federal grand jury in Tucson indicted Dario Castillo, 23, and Ramon Zuniga, 29, with five counts of civil rights violations. Castillo faces an additional charge of tampering with a witness.

The indictment alleges that on November 12 of 2008, Castillo, Zuniga and two other agents apprehended four people, identified only by their initials.

"The location of apprehension was in a desert with no readily available shelter and resources within miles," the indictment states.

Castillo and Zuniga forced the four suspected drug smugglers from Mexico -- who were in the country illegally and carrying marijuana -- to eat the drug and remove all their clothes except their underwear, the court document states. The indictment doesn't make any mention of whether the other two officers observed this action or not.

The two indicted agents placed the marijuana in the suspects' mouths, the indictment says.

Instead of arresting them, the agents burned their personal belongings and ordered them to flee into the desert in 40-degree weather, the indictment says.

The four suspects-turned-victims were "left barefoot, and with inadequate clothing, water, food and transportation.

An arraignment was set for August 19. If convicted, Castillo and Zuniga face a maximum of 10 years in prison and $250,000 fine.