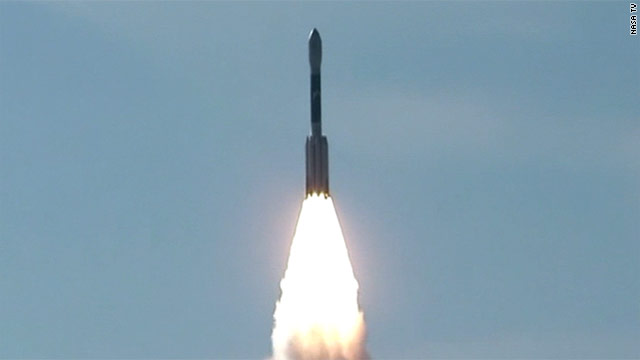 Called GRAIL, the effort will study how the moon was formed. It will explore "the structure of the lunar interior, from crust to core... to advance understanding of the thermal evolution of the moon," NASA said.

The crafts -- GRAIL-A and GRAIL-B -- will eventually separate from the Delta rocket. GRAIL stands for Gravity Recovery and Interior Laboratory.

Once in orbit, the orbiters' speeds will increase when they pass over formations on the moon's surface, allowing scientists to measure those formations based on the distance between the two spacecraft.

NASA says the mission is "the first time students have a dedicated camera on board a planetary spacecraft. "

Teachers will be able to register their classes and allow their students to explore specific regions of the moon in detail through pictures taken by the spacecraft.