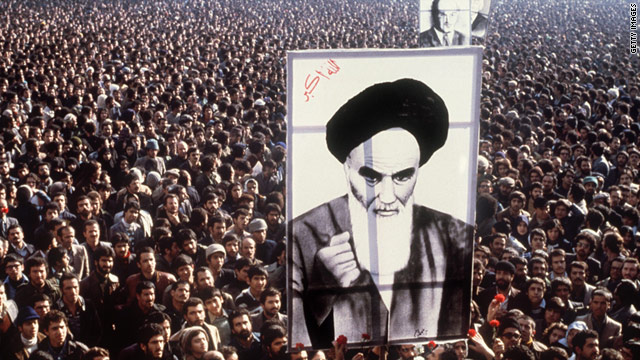 "Today, developments in North Africa, (including) Egypt, Tunisia and some other countries have a special meaning for the Iranian nation," Ayatollah Ali Khamenei said during a Friday prayer sermon, according to Press TV.

"This is what was always referred to as the Islamic awakening created by the victory of the great revolution of the Iranian nation."

Iran's revolution in 1979 toppled the shah of Iran and ushered in an Islamic republic.

Egypt VP: We will not evacuate

But the ferment in North Africa has been fueled by secular concerns.

Protests against corruption and poor living conditions in Tunisia forced the ouster of the country's president. Demonstrations in Egypt have called for the departure of President Hosni Mubarak.

He called the Mubarak regime, which has diplomatic relations with Israel, a "lackey of the Zionist regime."

He referred to Egyptians' fight for "dignity and honor" and said that Mubarak's biggest transgression was to make Egypt an American tool.

The Islamic Republic of Iran has been adversaries with Israel and the United States since the Iranian revolution occurred.

President Mahmoud Ahmadinejad won a second term in what was regarded by many Iranians as a rigged election. That poll that stoked popular protests in Iran.