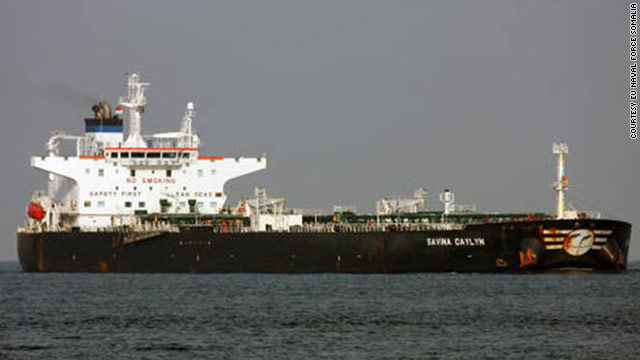 A file photo of the MV Savina Caylyn, which was attacked and boarded by pirates on Tuesday in the Indian Ocean.
STORY HIGHLIGHTS
RELATED TOPICS

The MV Savina Caylyn was headed from Sudan to Malaysia when five people on a skiff launched a "sustained attack" on the tanker with small arms and rocket propelled grenades and then got on the ship.

At present, there is no communication with the vessel and no information on the status of the 22-person crew, which includes 17 Indians and five Italians.