New wave of chick lit has romance -- but no sex

From Nkepile Mabuse and Emily Wither for CNN 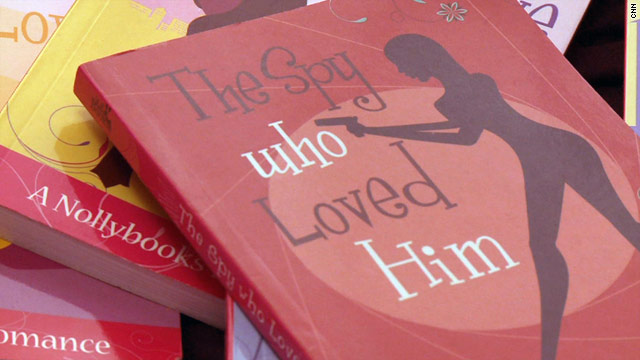 (CNN) -- New publisher Nollybooks is taking chick-lit and adapting it for a South African audience, with a series of romance novels by, and for, young black women.

Nigeria's Nollywood film industry has revolutionized African cinema, and Nollybooks is hoping to do the same for South African publishing.

Nigeria-born Moky Makura is a writer and TV presenter. When it came to starting her own publishing company, she made it her mission to get young women reading again.

"There are lots of aliterate people in South Africa," she said. "They can read but don't read.

"There isn't really a culture of reading here. The book buying public is white middle class women and I wanted to change that."

But like any good story there's a twist -- it's romance without the smut. As Makura argues, "You don't need sex to have good storytelling."

Makura says she took the decision to make the books sex free because it was a more responsible approach. "Because of the market we are selling to and because of the issues in Africa with AIDS and sex as a whole we didn't think it was important," she said.

South African journalist and author Fred Khumalo says most South Africans can't afford to buy books and there is no culture of reading for leisure.

That's why Nollybooks come with another twist. Rather than use a traditional book format, they are in the form of "bookazines," which include word puzzles and quizzes in their pages, and have a glossary of difficult words at the back.

I see Nollybooks as almost having a soap opera in your hand.
--Nollybooks founder Moky Makura
RELATED TOPICS

Makura said the aim was to make reading entertaining and fun -- quite a challenge in South Africa, where she says the commonly held perception is that books are purely educational.

"I see Nollybooks as almost having a soap opera in your hand," Makura explained.

In the world of Nollybooks the heroines are strong, confident, ambitious and know what they want. Titles include "Unfashionably in Love," about a fashion intern trying to attract the attention of her boss and "Looking for Mr. Right," which tells a cautionary tale of the internet dating game.

Makura says it is important that young Africans have positive role models to whom they can relate.

"We need African role models that have achieved things and didn't have to grow up in the West.

The company also wants to nurture young talent and many of its writers have never had a book published before.

Cheryl Ntumy, who is in her 20s and from Botswana, wrote "Looking for Mr. Right."

"A lot of my friends were getting married and I found myself in a situation where I was still single so that got me thinking about writing a story," she said.

"Internet dating is also something a lot of people talk about here so I decided to combine the two.

"I was really trying to evoke girl power, an independent woman's message, because a lot of women in Africa have a strong sense of marriage and family and I felt it important for women to know that they didn't have to become that person and that it's okay to be single."

Johannesburg-based English teacher Joan Buchanan says many of her pupils don't enjoy reading traditional novels because they struggle with context and vocabulary.

She is convinced the Nollybooks stories are just what they need to develop a love for reading.

"This is for me such a wonderful hand up because I don't have to say anything -- I'll let them sample the book and they'll do their own magic," she said.

The success of Nollywood movies has shown that Africans hunger for their own stories and homegrown heroes, and Makura says it's time books provided them.

"South Africans need more heroes, fiction and non-fiction, and we need to be creating and reading our own content," she said.