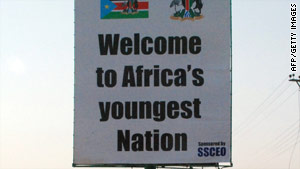 (CNN) -- The number of dead in clashes in Southern Sudan has more than doubled, an official said.

Earlier reports put the figure killed in Jonglei state at 105.

Kok said the attacks had continued until Tuesday evening and the death toll was expected to rise further as the bodies of women, children and other civilians who had fled into the bush were still being found.

His forces have been attacking villages and clashing with the Sudan People's Liberation Army, the military wing of the movement that governs Southern Sudan.

People in the region voted overwhelmingly for independence from the north in a recent referendum, setting the stage for it to become a new country.

Twenty SPLA soldiers, 39 civilians and 30 of the attackers were killed in the attack on Fanjak, he said.

Four SPLA soldiers and 12 attackers died in the Bor attack, he added.

The clashes took place February 9 and 10, he said.

Athor has accused the Southern Sudan government of election fraud, but signed a truce in January, days before the referendum.

As the nation readies for official independence on July 9, violence caused by renegade militias has been a concern.

Earlier this month, a mutiny among the Joint Integrated Units (JIUs) led by soldiers loyal to militia leader Gabriel Tang resulted in up to 50 deaths. Sixty-five civilians were also injured.

The JIUs are a coordinated military force consisting of the northern Sudanese Armed Forces (SAF) and the southern SPLA.

Tang's forces had been merged into the units along with SAF.

Doctors Without Borders said in a statement last week that it was "currently responding to a large influx of wounded patients as a result of clashes that began ... in Upper Nile State, Southern Sudan."

"We are mainly seeing patients with gunshot wounds, and many have significant abdominal and limb injuries," said Tim Baerwaldt, head of mission for MSF in Southern Sudan.