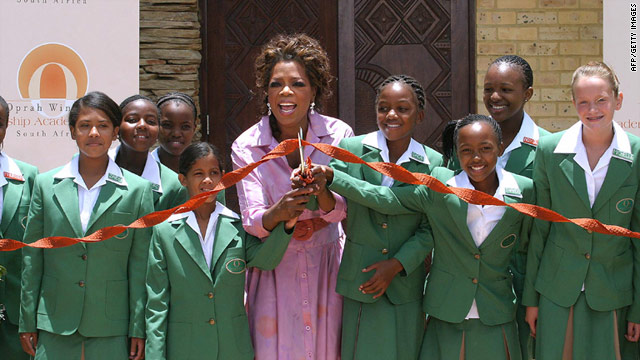 (CNN) -- A student of Oprah Winfrey's Leadership Academy for Girls in South Africa is being questioned in the death of an infant, authorities said.

The body of the newborn boy was found in the 17-year-old girl's bag as she was being treated in a hospital for excessive bleeding.

Police suspect she gave birth at the school, but say it is unclear if the child died naturally or was killed at birth. An autopsy was under way.